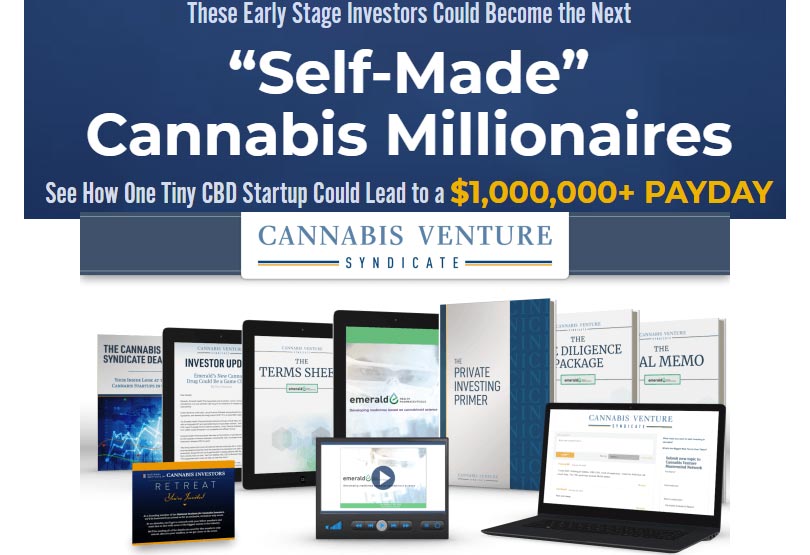 Michael A. Robinson, who has been in the past interviewed by Mike Ward, has created The Next $52 Billion Startup presentation. While Michael has done a lot of great work when it comes to technology investments, he’s also a very successful expert in cannabis venture capital investing and a National Institute of Cannabis Investors’ (NICI) prestigious member.

He says he discovered a cannabis startup that has incredible chances of becoming a company with $52 billion of capital in the next few years. Those who decide to invest, even a small sum, in it can earn a lot of money if things go according to plan. This company is almost sure to make a few breakthrough medical discoveries when it comes to the cures of some deadly diseases.

It’s called Emerald Health Pharmaceuticals and has a team of scientists working on developing 2 Cannabinoids drugs. One of these drugs uses natural cannabidiol (CBD) and turns it into a synthetic derivative that can treat many inflammatory diseases, whereas the other does the exact same thing with Cannabigerol (CBG). These new treatments developed by Emerald will not only be effective, but they’ll also have absolutely no unwanted side effects. If the company gets FDA approval for its artificial molecules patent, it gains monopoly on a multi-billion market that hasn’t yet been tapped by many. This is why Michael wants to help his fans invest in Emerald Health Pharmaceuticals and make a lot of money.

More About Michael A. Robinson

As mentioned earlier, Michael A. Robinson is first of all an expert in technology investments. He worked for 35 years at Silicon Valley and many consider him to be one of the best tech financial analysts. He was also the man behind The Dark Burst Solar Technology Device presentation. Those who are subscribed to his newsletter are being given a lot of useful financial advice.

Furthermore, he publishes through Money Map Press reports like the Strategic Tech Investor, the Radical Technology Profits and the Nova-X Report. At the same time, Michael consults venture capital firms from the Silicon Valley, so he’s still an insider who collaborates with pioneering minds in many industries. He has as well many times been a guest on CNBC and Fox Business.

What Does The $52 Billion Startup Has to Offer?

With The $53 Billion Startup presentation, Michael doesn’t present the opportunity to invest in a public company that can be traded on the stock market. He talks about a private company that doesn’t have investing in it just happening. Only accredited investors can invest in startups, but luckily, Emerald happens to be conducting A funding rounds, so it allows non accredited investors to participate.

Details on how this can be done are provided in The $52 Billion Startup, which comes with a subscription to Michael’s research service known as the Cannabis Venture Syndicate. Those who subscribe to the Cannabis Venture Syndicate have to pay $1,950 a year, but they gain access to The $52 Billion Startup and many other things, like for example, information of 5 to 6 new private investment opportunities. He will also send: