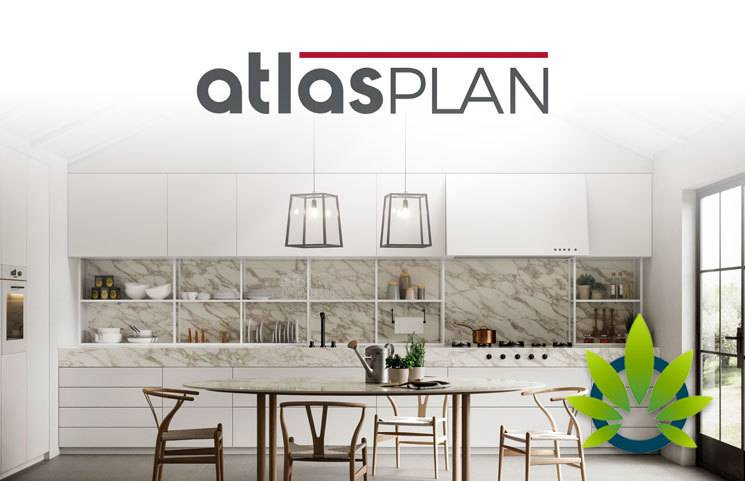 Atlas Biotechnologies has announced its plans to expand to Denmark. The Alberta-based company plans to mark this entry by converting a substantial indoor mushroom plantation into a sprawling cannabis farm. The cost of the enterprise, which should be up and fully running by the end of 2020, is estimated at 40 to 50 million Canadian dollars ($27 – $37 million).

The plans of Atlas to build a foothold in Denmark are in line with the footsteps of Canopy Growth, Aurora Cannabis, The Green Organic Dutchman, ICC International Cannabis, and Aphria.

Although the strategies of most publicly traded marijuana companies in Canada have involved having a foothold in international markets, sales outside Canada have been relatively scanty.

However, Atlas has a different approach, as expressed by Jeff Gossain, the Company’s Chief Operating Officer. He noted that most companies start from scratch as they enter the Danish market. Unlike them, Atlas comes into a former mushroom producing facility complete with several isolated microclimates.

By establishing a wholly-owned subsidiary, Atlas Growers Denmark A/S, the company will exploit the leased 170,000-square foot facility along with its 36 isolated climate-controlled rooms.

Egehøj Champignon, Kent Stenvang owns the facility, and their CEO will be the head of operations for Atlas Growers Denmark. Atlas will retain the right to purchase the property for 20 years.

Jeff Gossain purports that this will be the largest indoor cannabis farm known in Europe. He sees the isolated microclimates as primarily advantageous by allowing them to control cross-contamination and providing different climates for distinct genetics that they’ll grow there.

Atlas Growers Denmark aims to tap the Danish, German, and the United Kingdom markets. Gossain said that even though they will be involved in the Danish market, the company will mostly capitalize on the supply deals it has already established in Germany.

He also stated that the company has all the capital needed to get it started. However, it will be employing different strategies to harness funds to hasten the project. Atlas doesn’t intend on going public for now. Jeff Gossain, however, stated that it would have to in the future with the market softening up considerably.

The plan is for the first harvest to happen early next year. Before then, the company plans on acquiring a cultivation license from the Danish Medicines Agency by the end of September this year.

By spring, about 2,500 individual patents had been offered for medical cannabis since the program was introduced in January 2018.