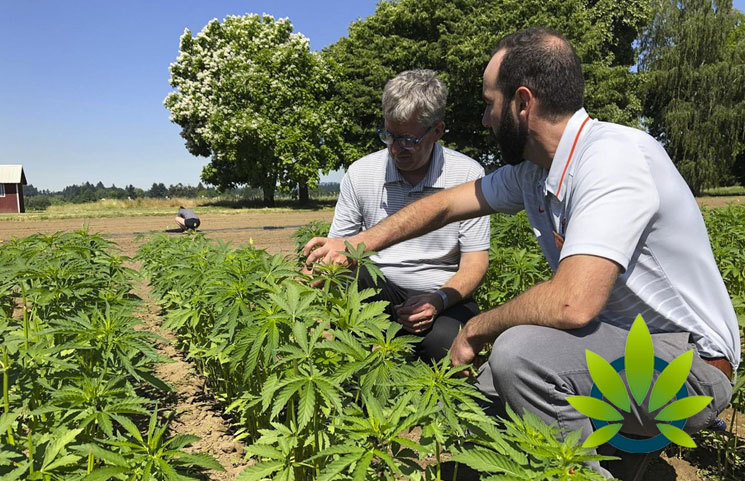 With the passing of the Farm Bill in 2018, hemp has become legal federally. While there are states that are resistant to the idea of hemp legalization, there are many that have passed its legalization into law.

The good news is once the resistant states pass it into law, hemp will become as mainstream as other plants. Which means, we’re probably on the cusp of a hemp-based golden era.

While this should have happened a long time ago –since the 1930s- the Marijuana Tax Act of 1937 essentially killed the idea. With the passing of this new bill though, it’s expected that more people will go into the business of hemp. As a result, it’s estimated that between 100,000 and 200,000 acres will be used for the purpose of hemp farming nationwide this year. And another 1 million acres in the next five years.

Of course, how these acres are put to use, will largely depend on the purpose for which the hemp is grown. For example, hemp grown for the purpose of CBD oil production, will be limited to 1,600 plants per acre. While those intended for textiles and bioplastics use can be densely planted –often about 400,000 plants per acre.

At the end of the day, the quantity of plants per acre will depend on the farmers’ intended end use for the plant. With over $1 billion worth of hemp sold last year, we’re likely to see an increase in revenue in the coming years.

This is not surprising seeing as farmers are beginning to switch to the crops because of the ingoing trade war with China, and its profit margins. Hemp generates about $750 per acre –that’s five times the yield of soybeans at $150 per acre.

Unfortunately, this race for profit is causing untold harm to the environment. Farmers who want to grow at scale are using plastic mulch for their growing process. And the continuous use of this option for growing hemp plants is bound to cause serious environmental damage.

What’s Plastic Mulch and How Does it Affect the Environment?

Mulching as a practice is great in the sense that it protects the delicate parts of the plant during its seedling and growing phase. Done correctly, it also does a great job of improving the soil’s nutrient profile, moisture retention and erosion prevention. Farmers who use this can either go the organic or inorganic route.

The organic mulching process involves the use of biodegradable, organic materials like straw, wood chippings, and dried leaves that contribute to the soil’s profile and fertility. This process is environmentally friendly, and beneficial. The inorganic mulching process uses river rock, stone and crushed gravel. In essence, it’s just as good as organic. The only problem is these are limited because of the materials are seemingly finite.

Then, there’s the third option which is plastic mulch. This makes use of polythene bags to protect the plants at their tender stage. While it’s been in use since the middle of the 20th century, the reality is its volume wasn’t as threatening as it is today.

This is not to say that plastic mulching clearly doesn’t have its benefits. It does. Some of these include:

Unfortunately, all these great benefits come at a steep cost. Multiple studies have shown that using plastic mulch in huge quantities pollutes the water table, affects the transportation of soil nutrients, as well the soil structure.

This “plasticulture” as it’s referred to here in the US, is producing all these effects and more. These have long term health and environmental effects on both the people, land, water and air. There are speculations that it might even be playing a contributory role in climate change.

Unfortunately, with the POTUS being in denial about this global issue and pulling out of the Climate Accord, we’re probably not going to see much being done about it. This is even more so when you consider that plastic mulching is an almost $10 billion industry in the US alone.

Proponents of climate change state that we’re likely going to see more natural disaster events, significant health impact and disruption of economic activities and global affairs in the near future. Increased global temperatures mean increased soil aridity, which will in turn, cause drought and famine.

Plants will be unable to survive in these hot conditions. That, combined with torrential downpours means that there will be too much water too fast. As a result, we’ll have more flooding incidents, with the top soil and its plants washed away.

While plastic mulching clearly has its many benefits, the truth is its contributing to the plastic problem of the world. For instance, over 55,000 tons of used agricultural plastics are found in Florida’s landfills and dumpsites alone. These plastic materials are hardly reusable. So, they have to be dumped and replaced buy new ones every planting season.

While these used plastics could be used for power generation and energy, the reality is the government isn’t interested. As a result, they’re just there contributing to an already worse global pollution problem.

At the end of the day, we have to weigh the pros and cons of plastic mulching in the rapidly growing hemp industry. While its many benefits makes it appealing, the reality is that the cons should be considered too.

The ultimate solution might be one of moderation to ensure the sustainable growth of hemp plants and industry, without worsening an already growing problem. If hemp farmers want, they can combine plastic mulching with both organic and inorganic mulching practices. This will provide a balance of sorts, whilst guaranteeing profitability too.

Of course, because its large scale farming, there’s the tendency to want to use plastic mulching. But this can be curbed and used with restraint so that everyone and the environment benefits. The good news is hemp is a pretty hardy and sustainable plant, and can thrive with a combination of the various mulching practices.