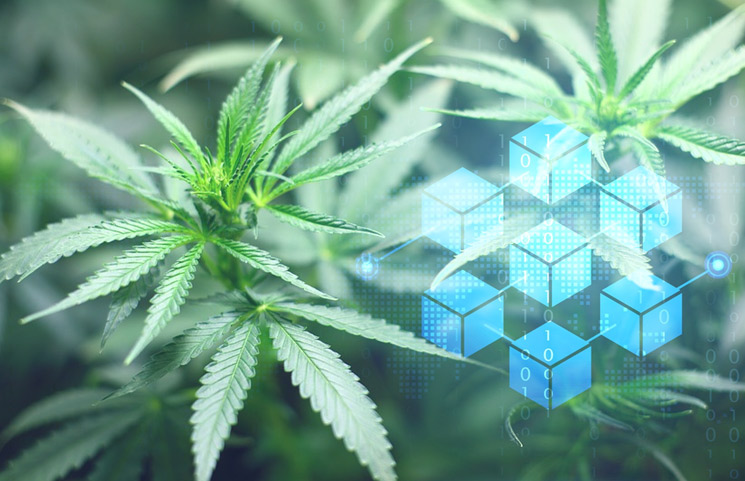 Blockchain technology is one of the most significant advancements that came out of the crypto craze. No matter where somebody stands on digital assets, the ability to follow every transaction honestly and efficiently is a distinct advantage. The popularity of blockchain technology has grown so much that many other industries already use it to track everything from ownership of a home to shipments of oranges to where each piece of an aircraft comes from. So, that begs the question – what about CBD?

CBD has been on the public's mind for the last few years, ever since the Farm Bill passed and allowed states everywhere to both grow and cultivate this plant. Now, thanks to the Cannabinoid Association of the Netherlands (CAN), a group of Dutch producers have launched a new website (CanCheck.org) that uses blockchain technology as a way to tracing CBD products. According to FoodNavigator.com, this tracing technology allows users to input their CBD product with the free online search to track it from the moment it is planted to the shelf it is purchased from. Every single time that the extract moves, users can see a link in the chain.

With the full spectrum composition, users of the website will see any cannabinoid from the cannabis plant that it's extracted from. Full-spectrum CBD simply means that the creators used the entire plant, rather than filtering it down to an isolate for only CBD. Formulas that have multiple compounds can elicit an entourage effect, so users won't only get the benefits of CBD.

The purpose of this program is to ensure that every CBD product tested is labeled with the correct information, which is required by law.

The launch of this new website comes at the same time as Europe is working to establish its regulatory status for the hemp-based compound. Recently, news broke that CBD may be considered to be a narcotic, as opposed to a novel food that would be completely legal. The discussion over which side CBD should be classified as won't happen for another month. Unfortunately, it is possible that earning the narcotic classification would mean that the European market would not sell CBD or hemp in retail stores.

Without earning a legal status, this could be another nail in the coffin for the hemp industry, according to The European Industrial Hemp Association. The group says that this decision should be considered “political, rather than legal, and absolutely not based on the latest scientific literature nor inspired by the current debate at the United Nations level.”

Considering that the United Kingdom is no longer a part of the European Union, this determination won't likely impact the former. In the UK, CBD has a Novel Food classification, rather than being considered a narcotic. Even though companies are understandably frustrated about the possibility of no longer working within the European Union, they are hoping that the attention will make CBD into a more mainstream product. These players are hopeful that the UK will end up becoming one of the markets with the most significant speed in launching new formulas.

At the moment, users are only able to check their CBD within the Netherlands with CanCheck, and the tool can only be used as a way to check products from HempFlax. HempFlax is the founding member of CAN, as well as the largest processor of industrial hemp in all of Europe. The products from this company, including capsules and CBD oil, make up a major part of the UK market for CBD. Consumers can purchase their formulas from Holland & Barrett.

With all of this change, it may be surprising to find out that the European Industrial Hemp Association has plans to invest millions of Euros in the testing of both THC and CBD. The group states that this “illustrates the extensive efforts being made to protect consumers and further the collective understanding of this popular wellness product and may go further in allaying the concerns of the regulator.”

CEO Mark Reinders of HempFlax Believes that the use of blockchain technology will help consumers feel more confident in the products that they choose, whether it be online or in stores. Reinders stated,

“Full traceability, in combination with a strict quality control regime such as CAN's, is the only way to ensure product quality and protect consumers. We hope to see this level of transparency adopted by CBD producers worldwide as a trustworthy and accountable natural CBD market begins to take shape.”

Reinders added that the use of this tool could be beneficial for leveling out the regulatory landscape in Europe. The CEO added,

“There are a lot of food manufacturers who are looking at CBD as an ingredient. But how can we convince them to start using it if Europe is giving us such an unstable playing field? The Novel Foods entry has been changed four times in the last three years around our product.”

A New Generation of CBD Begins

With better clarity in the regulations consuming the CBD market, it's possible that the current capsules and liquid supplements can make some progress. Consumers everywhere want to be able to get the natural support from the supplements they choose, and the infusion of CBD into these products could make them more comfortable with making a purchase, as they will be more informed. Reinders added,

“If [the EC] change[s] the regulatory status to take products off the shelves of mainstream retail, it goes underground because the demand for CBD isn't going away. That's risky because there will be no traceability, no control, no food safety, and no checks on medical claims. It's important we don't give the illegitimate industry any chance.”

Every consumer wants to know that they are getting a valid product, which means that every industry has an obligation to a certain level of transparency. There is no ledger as transparent as a blockchain, as the world has learned from its use in cryptocurrency. Now, there is a company that wants to offer this type of traceability for CBD as well. Does the blockchain stand a chance in the CBD sector?