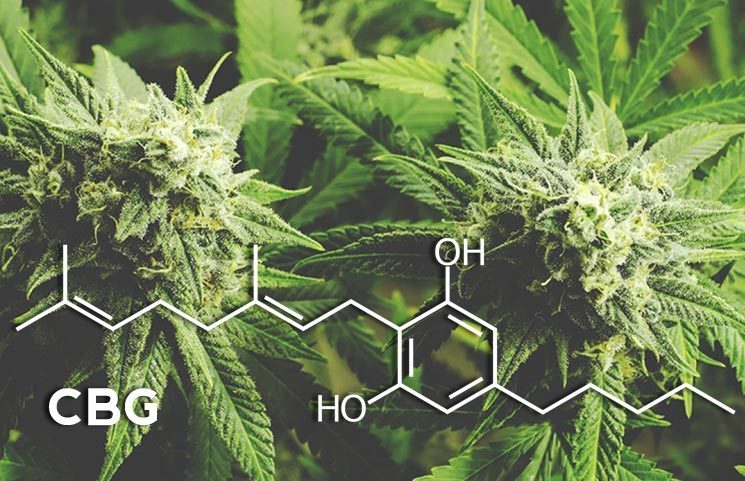 On Monday, May 11, a piece posted by PR Newswire hinted that cannabigerol, CBG will be the next big thing in the hemp industry. As research on this cannabinoid continues, many are supposedly anticipating it to help with conditions including psoriasis, eczema and ultimately, having the potential to serve within the cosmetic sector. With its current production taking a much lower position in comparison to CBD, its value is predicted to be much more than the latter. In particular, it was shared that:

PR Newswire went on to reference The Green Fund, who said:

“Although CBG is just hitting the markets, it was actually first discovered by researchers in the 1960’s. CBG is the main element that the other cannabinoids are created from, hence being commonly referred to as ‘the stem cell’.”

Bearing all this in mind, here are some of the moves that five renowned cannabis firms have been making recently:

SponsorsOne is known as a “first mover” when it comes to alcohol, function beverage and cannabis sectors. That said, they have recently introduced a CBG sublingual dissolving tablet (10mg), which is under GO Nutraceutical’s branded line as “Cannabis 2.0” products. This isn’t a first for the firm, as they’ve previously launched CBG chewable tables (20mg).

According to the CEO of SponsorsOne, Myles Bartholomew, oral dissolving tablets give them a competitive edge because it is relatively new in the cannabis sector. He goes on to share that:

“The product is easy and enjoyable to consume, the deliveries are small, and it tastes great […] It is fact that we are utilizing CBG, which as we have said before, has been shown to possess enormous therapeutic promise and has been called the holy grail of cannabinoids.”

The duo’s coming together is more than just offering goods, it represents the coming together of “complex regulatory landscapes to achieve compliance with regulatory authorities […] including Health Canada, the Canadian Inspection Agency and Israel’s Ministry of Health and Ministry of Agriculture and Rural Development,” shares Colin Moore, the Interim President and CEO of Supreme Cannabis.

Cresco Labs has recently announced that it fulfilled its expansion project for its cultivation and manufacturing facility in Brookville, PA. What does this mean? As per the numbers shared, it means additional space has been provided for indoor and greenhouse cultivation area (total of 88,000 square feet from 66,000).

In addition, the firm expanded their manufacturing capabilities with extraction boots and integrated safety systems. To be more specific, this expansion has resulted in a 300% increase for butane extraction and a 90% increase in ethanol extraction – both of which allows the firm to become even more efficient in manufacturing for itself, Remedi, Reserve and new brands that are in the launching phase.

Aurora Cannabis Inc. has recently proved many analysts wrong, as they’ve managed to do much better in terms of revenue than most expected – resulting in its stock to jump by $6 within a day. In particular, the company has $205 million of cash, which is said to include, “all amounts raised under the existing and now completed, US$400 million At-the-Market (ATM) Offering program,” announced back in May 2019.

From what has been disclosed thus far, the company plans to file a new prospectus supplement for a renewed ATM program so that it could raise more capital. Some of this will be used to further strengthen their balance sheet, while “preserving flexibility given macroeconomic uncertainty caused by COVID-19.”

Aphria’s subsidiary, ASG Pharma Ltd. just received EU GMP certification from the Malta Medicines Authority (MMA) so that their grown cannabis can be used for medicinal and research purposes. With this certification, Aphria will be able to ship dried flower and completed oil for research allowed within the European Union.

CEO, Irwin D. Simon has since expressed excitement in receiving the certifications and is pleased with the potential growth opportunities that exist. Most of all, he expressed gratitude, as, “this increases [their] ability to serve, and further strengthens Aphria’s leadership in the European Union.”

Evidently, a number of firms are taking precautionary measures, while others are continuing towards their goals amidst COVID-19. With efforts placed on research, expansion and connecting different parts of the world together, it seems like the cannabis industry is making its way towards a rise.