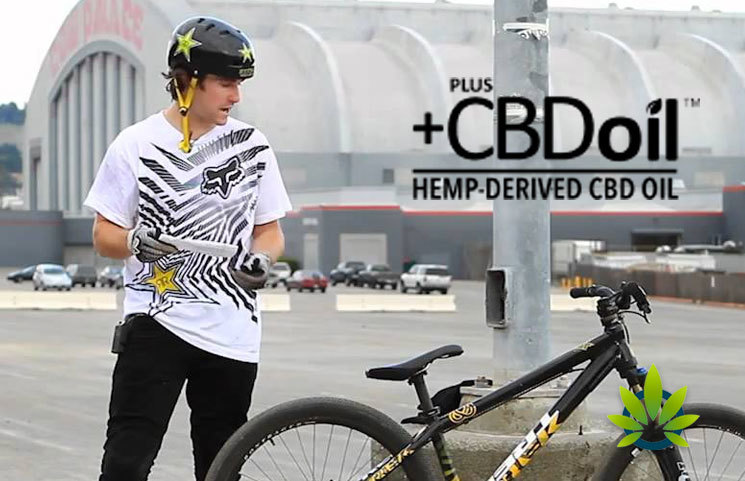 CV Sciences is known for their work as a preeminent supplier and manufacturer of hemp CBD products. According to reports from GlobeNewswire, the supplier has decided to partner with a major athlete in professional mountain biking – Cam McCaul. McCaul will be endorsing the PlusCBD Oil.

McCaul has been one of the leading riders of the last two decades in professional mountain biking, having won multiple global freeride events like Crankworx Colorado, the Bearclaw Invitational, and District Ride. With all of the activities that McCaul participates in, he already uses PlusCBD Oil for body aches and soreness.

Speaking in a press release, McCaul said, “Whether it be from crashing, digging, hiking, or just old nagging injuries, I’ve always got something that’s sore. The PlusCBD Oil Roll-on is my favorite product, because I can take it everywhere and it’s fast acting, so immediately I can feel it doing its thing. Then, the added CBD feels like it calms the inflammation and I get a general feeling that I can get on with the day and not be balled up by stiffness soreness.”

The role that McCaul will take on as a brand ambassador of PlusCBD Oil will require him to participate in various events, videos, and other content for CV Sciences, which will be used in promos and advertisements. Ultimately, by establishing this partnership, active consumers will become more aware of this brand, taking on PlusCBD Oil as a potential solution for athletic discomfort.

Presently, McCaul is a broadcast announcer, and he says that the use of PlusCBD Oil products is a major step in his routine before he goes live. In the past, he has expressed difficulty with maintaining focus on these broadcasts. Throughout the year, as McCaul has been using PlusCBD capsules, he has experienced a renewed mental freshness.