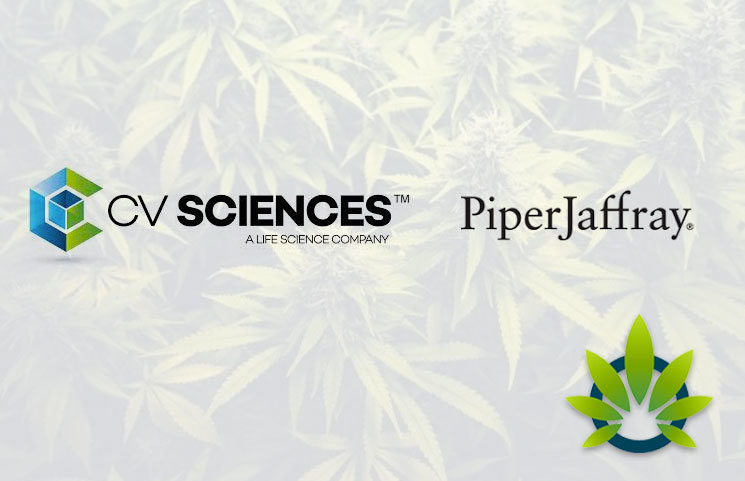 Cannabidiol (CBD)-based pharmaceuticals company and top leader, CV Sciences gets initiated by Piper Jaffray, a full-service U.S. investment bank, with “a price target that reflects an upside of more than 60 percent.” CEO of CV Sciences, Joe Dowling spoke regarding this endeavor with Yahoo Finance’s Zack Guzman and Sibile Marcellus.

According to Dowling, the company’s second quarter was deemed relatively strong, which made him question the overall market reaction witnessed, calling it somewhat “out of sync.” He further explained that when CV Sciences is compared to other players within the market, the upside is present, which is what needs highlighting.

As for Piper Jaffray’s initiation, Dowling expressed immense thrill. Here’s what he had to say:

“We are thrilled that Piper has picked us up and coverage and look forward to other’s doing the same.”

Speaking of recent partnerships, the CEO shared that the company is still in its novice stages with respect to the market. CV Sciences entered within the CBS Distribution back in the first quarter, with further plans for expansion established with The Kroger Co. in the second quarter. By the end of the latter, the brand’s essentials have covered nearly 4,600 different locations, as per the CEO.

Said number is not what satisfies the CEO, in reality it’s:

“200,000 in terms of the number of stores as a potential here in the United States […] If you think of consumer awareness for this product category, it has just catapulted and it’s at about 80% and household penetration at 7% […] it’s just an opportunity gap there that we see and that’s why we invest in the long term.”

When Dowling was advised of the social media presence many of the CBD brands have garnered over time, his brand made 7th place with under 20,000 followers, compared to Tilray who sits at roughly 50,000 followers. That said, questions regarding the marketing of said essentials were asked to which he responded:

“Marketing has several components to it. There’s marketing directed towards consumers, there’s marketing to the trade, and then there’s multimedia marketing and we are in the process of enhancing every single area of our marketing effort and I think that over the next quarter or two, we’ll see that bar shift.”

Of all the questions asked, the last one regarding the U.S. Food and Drug Administration’s watchfulness on unapproved health claims was directed towards the CEO. In particular, when Dowling was asked whether such moves by the agency may negatively affect the overall market, he said such moves are good. Here’s as per his words:

“I actually think FDA regulatory framework is going to help the industry,” adding that the only one that currently exists is the 2018 farm bill, which does not suffice.

With the FDA’s updates, consumers, retailers and producers will better understand the rules of the space – this in turn will bring such players closer to the good rather than the bad.

Professional Athletes Are Continuously Partaking In The Medical Cannabis Bandwagon