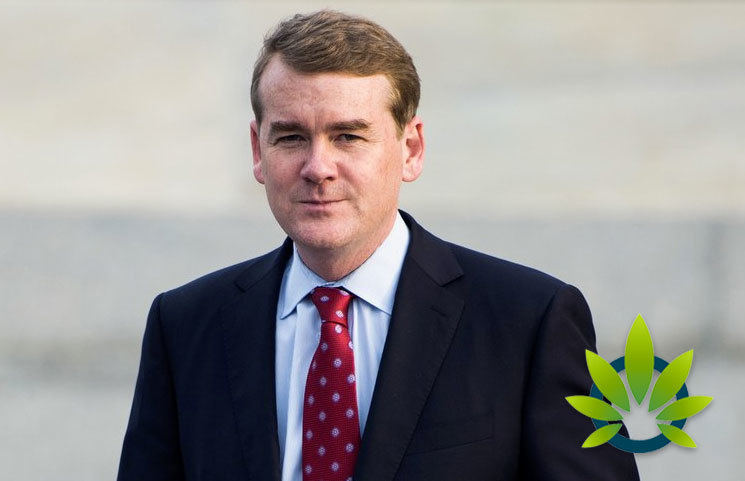 Senator Michael Bennet (D-CO), who is presently working to secure the Democratic nomination for president, issued a letter to the financial authorities, requesting information on banking services for hemp businesses. According to an article from Marijuana Moment, responses were provided by the heads of five federal financial regulatory agencies, recognizing that hemp has been made legal through the Farm Bill last year. Based on that legalization, the way that financial institutions interact with hemp-based businesses is evolving.

One regulatory body stated that the previous policies for marijuana businesses are not applicable to hemp businesses anymore. She added that she has “personally discussed” these differences within Washington, D.C., as well as across the country. However, the clarity over what the new policies actually are is murky, as all five letters from the agencies have different variations on what is actually happening or going to happen.

The response letters came from the Federal Reserve, Federal Deposit Insurance Corporation (FDIC), Office of the Comptroller of the Currency (OCC), Farm Credit Administration (FCA) and National Credit Union Administration (NCUA). Chairman Jerome Powell of the Federal Reserve stated that its banks will follow the appropriate procedures for risk, but the authority doesn’t plan to offer specific guidance. Comptroller of the Currency Joseph Otting made similar comments, saying that financial services are “matters of banker judgement.” CEO Jeffrey Hall of FCA only noted that his agency will be watching “USDA’s development of hemp program authorized by the 2018 Farm Bill and will provide additional guidance, as necessary.”

The FDIC has already had many questions about the impact of the Farm Bill but says that these topics are primarily “outside our jurisdiction,” according to Chair Jelena McWilliams. McWilliams added that they’ve already spoken with financial institutions about the changes, and that examiners are being given new training on hemp’s legal status.

This training includes instructions that “the suspicious activity filing requirements prescribed by the Financial Crimes Enforcement Network for cannabis do not apply to hemp.”

NCUA Chairman Rodney Hood had a more realistic statement, commenting that the uncertainty that financial institutions still have will most likely remain the same until the Department of Agriculture issues their guidelines. However, once this authority has more clarity, the credit unions will have more clarity on the issue.

Considering that Bennet’s home state is Colorado, which has been a leader in the legalization of cannabis movement, he’s spoken at length about the potential for the hemp industry. The inquiry, which he originally initiated in June of this year, focused on the impact that hemp has on his constituents, while addressing concerns over the inability for many of these businesses to access banking services.

“Hemp farmers and processors have made clear that the lack of access to the banking system is a significant hurdle to growing their business. While I appreciate the response from the banking regulators, it’s clear that more needs to be done to provide banks and credit unions with the assurance and clarity needed to remove this major barrier facing the hemp industry.”

The passing of the Farm Bill make hemp legal in the United States, but there are still many financial institutions that don’t want to offer services to these businesses. One presidential hopeful set out to learn why, and to see what needs to change.