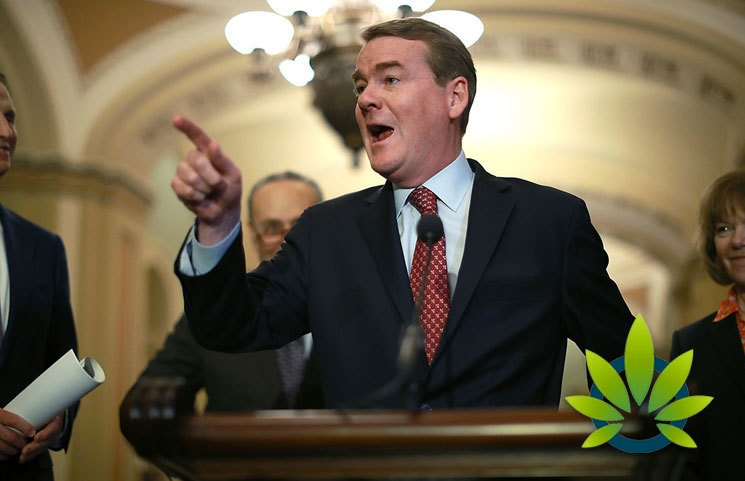 Bennet wrote to the Federal Reserve Chairman Jerome Powell, acting CEO of Farm Credit Administration Jeffrey Hall, Treasury Comptroller Joseph Otting, Federal Deposit Insurance Corporation chairman Jelena McWilliams and the Chairman of the NCUA Rodney Hood saying that even though hemp and its derivatives were legalized under the 2018 farm bill, the crop’s farmers are still struggling to gain credit access.

Bennet touted the expanding market of hemp in his state and urged financial regulators to give guidelines on how financial institutions may provide financial services and products to hemp growers and processors.

In the letter, Bennet noted that hemp processing and cultivation is already supporting rural communities across the United States. However, he was uncomfortable that despite Colorado cultivating over 21,000 acres of hemp last year, farmers and processors still lack access to the banking system yet hemp is no longer classified as a schedule 1 drug.

Senator Bennet hoped that agencies could work expeditiously in a coordinated way to offer guidance that describes the manner in which financial institutions can provide financial products and services to hemp cultivators and processors. He feels that access to the banking system will provide certainty and clarity for the country’s hemp farmers and businesses. Bennet also feels that greater banking system access will make it easy for USDA to regulate hemp and conduct program oversight.

As lawmakers strive to pass legislation seeking to protect banks that serve cannabis businesses in legal states, hemp advocates in the Congress have clarified that they will keep on raising the issue of hemp financial services following the federal legalization of the crop.

Senator Jon Tester (D-MO) pushed a Federal Reserve’s top official to instruct banks to offer services to hemp businesses earlier this month during a Banking, Housing and Urban Affairs Committee of the Senate. This would elicit a pledge from a Federal Reserve official to make clear the bank’s situation

Mitch McConnell (R-KY), Senate Majority Leader, is set to introduce standalone bills that resolve glitches in the implementation of the measure. He promised to insert a language into disaster relief legislation to make sure that hemp farmers have federal crop insurance.