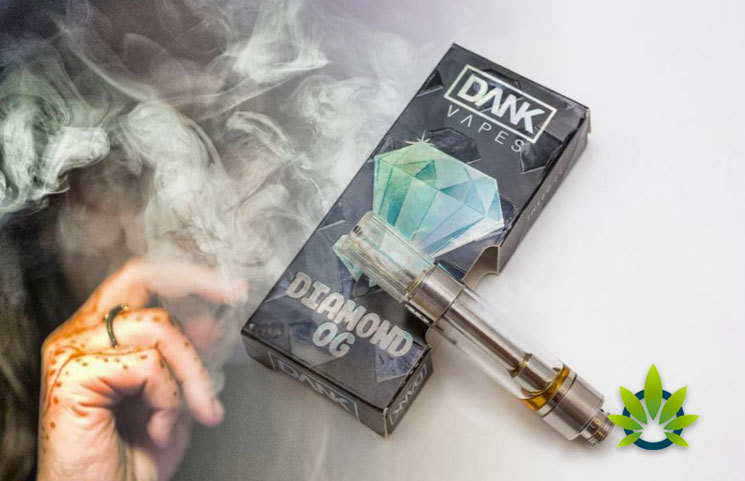 Lung-related illnesses continue to pop up, impacting hundreds of people in the United States and causing multiple deaths already. For the most part, little information has been provided to the public regarding what exactly in these cases is actually causing consumers to experience the breathing difficulties, among other symptoms. While there have been some reports that the use of illegal or illicit THC products have played a role, this idea has not been confirmed as an actual cause until now.

The Centers for Disease Control and Prevention (CDC) released a new report that shows a more concrete statistics for the public to rely on – 4 in every 5 people that have presented with vaping-related lung illnesses were using illegal cartridges with THC. Of the 514 patients, this type of product accounts for the lung issues in 77% of the cases, whether it was THC exclusively or combined with nicotine. Of that group, 16% stated that they were only using nicotine, and 7% stated that they were using a combination of progress that has not been determined.

The director of the Centers for Disease Control and Prevention, Robert R. Redfield, MD, stated that the CDC is taking a strong stance on determining the causes of these lung injuries and deaths. Presently, the CDC is cooperating with the state partners and the FDA to learn more information and to protect others from meeting the same fate.

Health officials in Wisconsin and Illinois are taking this research a step further. Based on their small study, it appears that a brand called Dank Vapes is connected, as about two-thirds of the patients in those states have admitted to using the brand’s products. Other brands that the patients in these states have reported using include Moon Rocks, Chronic Carts, Cookies, TKO, Off White, Smart Carts, and Kingpen. However, it is important to note that this information is preliminary, and there is no confirmed connection yet.

Reporting on the progression of the epidemic, the CDC stated last week that the update totals have included 805 hospitalizations across multiple states, as well as 13 deaths. The deaths have been reported in California (2), Oregon (2), Kansas (2), Florida (1), Georgia (1), Illinois (1), Indiana (1), Minnesota (1), Mississippi (1), and Missouri (1). With these discoveries, the health officials of the federal government have issued a warning against black market THC cartridges. If consumers still decide to purchase THC, they should choose a reliable, licensed dispensary or online vendor to fulfill their purchase.

The chief medical officer and state epidemiologist at the Illinois Department of Public Health, Jennifer Layden, stated that the findings discovered show the use of “informal sources” to purchase pre-filled THC cartridges, which is a major problem as well. As a result, there are multiple states that are either banning or strengthening their regulations for certain vape products. In San Francisco, California, consumers aren’t even allowed to purchase vape products within city limits. In Massachusetts, Governor Charlie Baker has imposed a four-month ban on any sale of a vape product, which applied for legal cannabis and nicotine products.

The Trump administration is working to get ahead of this issue as well, endorsing recommendations to ban any non-tobacco, flavored vape cartridge, even though the problem appears to be linked to illegally obtained THC cartridges. Still, Israel and China are acting to create stricter laws as well, in light of the troubles faced in the United States right now..