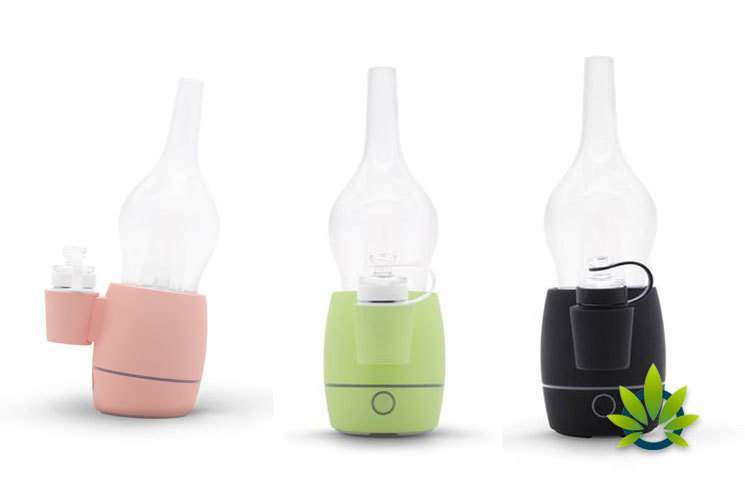 Portable e-rigs are becoming substantially more popular lately, especially due to the lack of torch needed to use them. The concentrate world is booming as a result, and there’s new products from a brand named KandyPens Oura. There are many other companies that have worked to get ahead in this sector, but Cannabis Now states that KandyPens Oura could be “one of the best electric dab rigs today.”

The devices, available in many pastel hues, come from Santa Barbara, California, and they offer consumers major clouds for when they engage in their smoking regimen. With a 3000mAh battery, the zinc-alloy device features one of the largest batteries on any portable dab rig on the market. The KandyPens Oura maintain a consistent temperature as it is used, which allows consumers to keep the same flavor throughout their session. The battery only takes about an hour or less to charge, and a deep draw only takes about 10 seconds to heat up.

Consumers can customize their experience with four different temperature options, starting with the lowest at yellow. Green is the second lowest temperature setting, followed by red. Blue is the hottest setting. However, even at the lowest temperature option, the user gets substantial amounts of vapor, so it is easy to imagine the results that could arise from the highest setting, thanks to the quartz atomizer. Consumers also have the option of a ceramic bowl, which is included with the device and helps to keep out other flavors.

The borosilicate glass attachment is easily one of the most interesting features of the KandyPens Oura, providing a bulbous shape for low resistance, thanks to the collection of vapors in the glass. With this design, both consumers that like a lot of vapor and micro-doses of vapor will be pleased. Furthermore, the borosilicate glass is strong enough to even withstand a few bumps and drops.

Right now, with vaping getting such a bad reputation with lung illnesses reported by the CDC, the competition in the electric dab rig market is getting more lucrative. With thick clouds of vapor and the immense flavor from the ceramic bowl, consumers can purchase the product at vapor.com. The code CNOS will give consumers a discount of 15%.