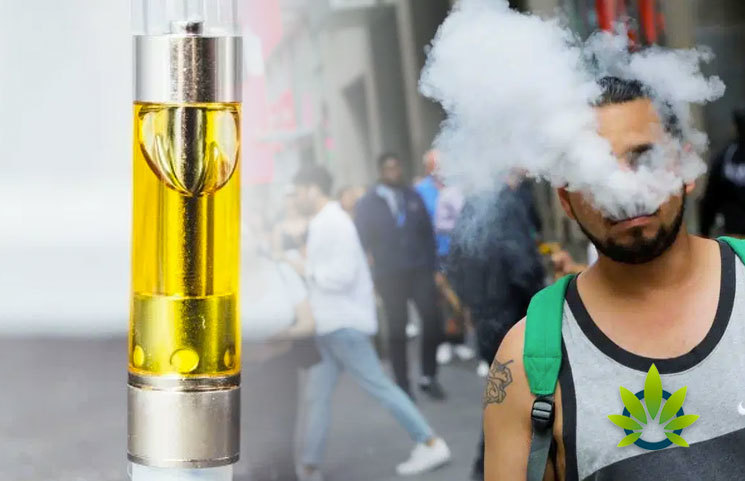 As the number of deaths due to vaping and hundreds becoming ill increase, health officials and the FDA struggle to figure out what’s going on and how to put an end to the current public health crisis. Initially, we’ve been told that Vitamin E Acetate, popularly used in vapes, may be the culprit, but recent findings seem to point in a different direction reports NBC News.

To see if a solution can be garnered, NBC News supposedly commissioned cannabis testing facility, CannaSafe to test 18 THC cartridges coming from both legalized and unlicensed dispensaries.

Of the sample size of 18, three of the cartridges coming from legalized dispensaries were tested and found no presence of heavy metals, pesticides or the use of Vitamin E and other similar solvents. However, the same cannot be said about the 15 sampled from the black market.

It turns out that roughly 87 percent of the cartridges coming from the black market contains Vitamin E, with the results indicating that 10 of them that have been tested for pesticides all “tested positive”.

Unfortunately, all products contained a fungicide called, myclobutanil, when burned becomes hydrogen cyanide. As per the VP of Operations at CannaSafe, Antonio Frazier, “You certainly don’t want to be smoking cyanide. I don’t think anyone would buy a cart that was labeled hydrogen cyanide on it.”

According to New York pulmonologist, Dr. Melodi Pirzada, said components are damaging to lungs. Of the four adolescent patients that she treated, all came in due to vaping and detected the presence of Vitamin E in all cases.

One case was so severe that the young adult had to be placed on life support to keep him alive and was able to breathe on his own with the use of steroids. Another case’s condition led to a young female being placed on a respirator.

When looking at the supply chain of vapes, while the last link might be any U.S. state, China supposedly sits at the start, as per Leafly’s Bureau Chief, David Downs. What’s disturbing about this supply chain is that China, as far as regulations go, does not have any standards set in place, let alone consideration for the cannabis market.

“This all starts in China, where you can get the empty cartridges both for the THC market and the nicotine market, as well as the additives, flavorings, and thickeners that are being put into these cartridges alongside the THC oil.”

As for what the FDA plans to do, acting FDA Commissioner, Ned Sharpless, said on Wednesday, September 25, that the commission will “follow the supply chain to the source,” adding that said investigation mainly emphasizes the suppliers’ role.

He further noted that,

“If we determine that someone is manufacturing or distributing illicit adulterated vaping products that caused illness and death […] we would consider that to be a criminal act.”