China Is Confident in CBD Industry’s Potential to Skyrocket
Advertisement 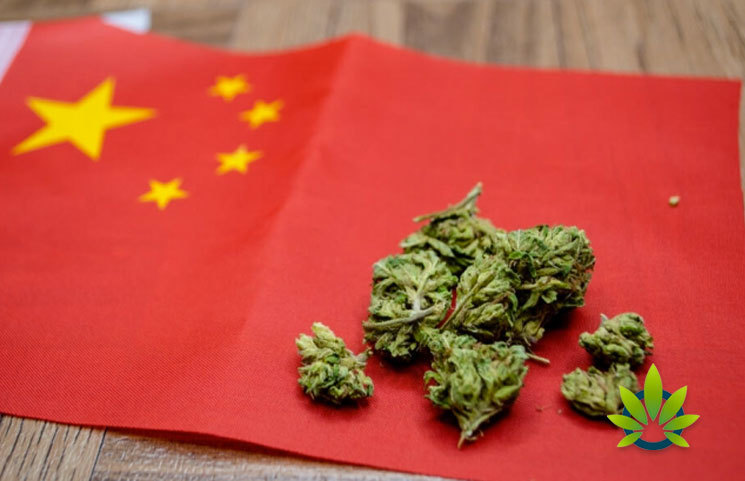 Increased popularity of cannabidiol, or CBD, is causing a wave of interest to arise in China over commercial hemp grown in the country. This substance has already been linked to the soothing and the support of multiple illnesses, despite the lack of evidence that exists in the industry. However, this lack of evidence hasn’t impeded the interest from consumers over what this product could potentially do, according to reports from Inkstone News.

Researchers in China believe that CBD could greatly impact the world, as they explain in a news report from the publication. Attending the First Asia Hemp Summit, the writer explains that there are businessmen from the hemp industry and other sectors that collaborate at this event in an effort to see how far the market could take them.

CBD comes from the same plant as THC, which is known for its psychoactive effect, but it doesn’t create the same effect. CBD is found in nearly every type of product, from coffee to supplements to pet formulas, even though the scientific evidence has yet to catch up to the claims. Still, at the event, multiple attendees stated that their interest in CBD is linked to the contributions it makes to the medical field, adding that it can erase anxiety, clear up the complexion, and treat cancer.

The profits are fairly high for the CBD industry, largely due to the many applications, and the investors in China believe that there is plenty of reason to get involved. Cannabis still has a relatively negative reputation, but advocates of the substance hope to improve the public opinion of this plant in order to promote wellness and make a profit.

Ouyang Yun, the CEO of Goldlinks, was asked why he and his blockchain company chose to use CBD, rather than other crops. He stated:

“Because CBD is new stuff. New thing. And blockchain is also very new. Because if you want to shake up the traditional world, you are facing lots of barriers. That’s why we choose CBD as the application.”

CBD is a “hot topic” in China right now, and Yun stated that he believes that the hype of CBD is a bubble, but there are many purposes for which it can be used. Still, Chinese law is a little unclear in the use of CBD and doesn’t have consistent regulations. For example, CBD can be used in an ingredient in skincare products, but not in food or medicine.

China has been involved with the growth of cannabis for decades, but it only just became legal a few years ago. The writer of the article from Inkstone News traveled to visit Yuxi Hongbao Biotech, which is one of the few companies in the country that is legally allowed to create CBD from cannabis. Owner Pan Zongbin creates four tons of CBD annually, which predominantly goes to the US and Europe, sourced from 44 tons of dried leaves that are processed daily.

Zongbin commented that is clear that cannabis is a drug, which is why THC levels need to remain below the 0.3% THC concentration level to provide the therapeutic effects exclusively, rather than creating a psychoactive reaction. The owner is an innovative force in the CBD market, considering that there were no processes developed when he started creating CBD. Navigating the process on his own, his company is capable of producing about 22 lbs. of CBD daily. His farms use red soil for the best growth, covering 8 acres with his crops to maintain his production levels. Each harvest, farmers can bring in between $1,000 and $2,000 per acre.

The market for CBD at the global level is expected to reach $16 billion by 2025, according to estimates. However, CBD cannot legally be consumed within China right now. The industry continues to expand, and more applications are being processed right now for individuals that want to grow in the country as well.