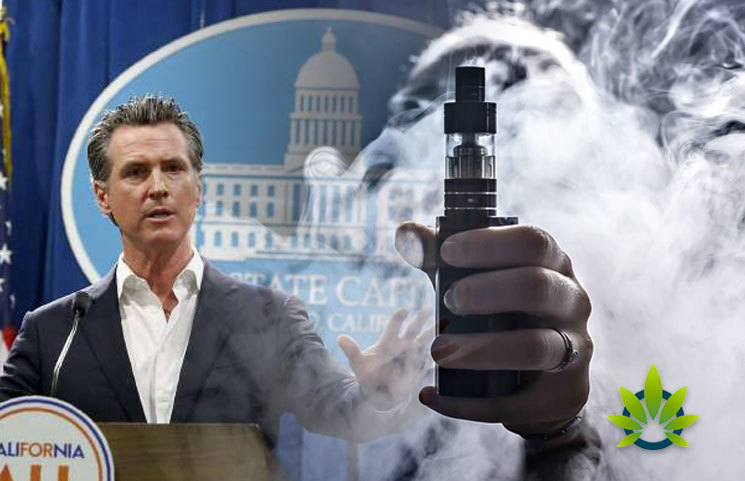 The youth vaping epidemic is being tackled head-on by California Governor Gavin Newsom. Today, he signed an executive order concerning the epidemic.

The Order directs the Department of Public Health (CDPH) to launch a public awareness campaign in digital format. The campaign will target social media and digital public awareness so that youth are educated concerning the health risks associated with vaping.

In addition, stores that sell vaping devices will be required to post warnings about health risks associated with vaping devices. Governor Newsom stated:

“We must take immediate action to meet the urgency behind this public health crisis and youth epidemic.” He added, “As a parent, I understand the anxiety caused by the deceptive marketing tactics and flavored options designed to target our kids. With mysterious lung illnesses and deaths on the rise, we have to educate our kids and do everything we can to tackle this crisis.

There is a broad and bipartisan coalition of legislators seeking to protect our youth, and we are committed to working with the Legislature and stakeholders to build on these executive actions and put forward a strong tobacco reform package in 2020.”

Specifically, the program funds for the vaping awareness campaign directs the CDPH to “allocate a total of at least $20 million in tobacco and cannabis program funds for a vaping awareness campaign, including digital and social media messaging focused on youth, young adults and parents. This will build upon the award-wining and longest running anti-tobacco program in the nation.”