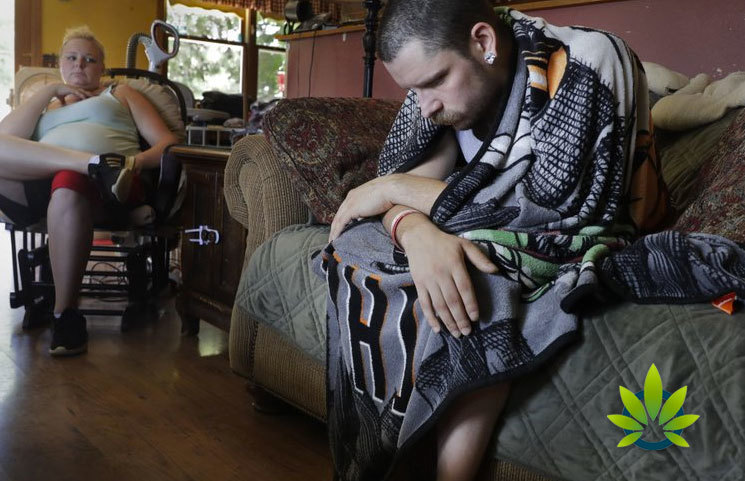 Vaping has significantly come under fire lately, as hundreds of people continue to come down with a mysterious pulmonary disease that health officials credit to this activity, despite being previously advertised as a safe alternative to smoking.

Now, the Centers for Disease Control and Prevention (CDC) has suggested that the majority of the cases for these lung illnesses can be traced back to the use of THC, not nicotine. Furthermore, some reports have alleged that the cause is connected to black market THC, rather than the legal THC being sold in dispensaries.

Clearly, this assumptions and uncertainties do not sit well with the public. By nature, people want to know who or what is to blame for these problems, and police officer Charles Wilcoxen of Washington state has had enough.

The Puyallup Tribal Police officer stated that he was hospitalized with lipoid pneumonia after using vaping products, and he is taking his experience to court in a lawsuit against six companies.

The six companies named in the lawsuits, which is believed to be the first of its kind, include Canna Brand Solutions, Conscious Cannabis, Rainbow’s Aloft, LeafWerx, MFused and Jane’s Garden. The vaping device that Wilcoxen had been using when fell ill was made by a Chinese company named CCell and distributed by Canna Brand Solutions. CCell was not named in the lawsuit. The other companies in this case were either the manufacturers or sellers of the vape cartridges.

Reports from The Growth Op state that eight people have already died from lung conditions related to vaping, though there are hundreds more that have become sick. David Hammond, a Canadian public health professor at the University of Waterloo in southwestern Ontario, says that products should be avoided from the black market, though he recommended the use of dried cannabis, if consumers vape. He added,

“For the most part, risks are reduced through good manufacturing. I expect that to remain true. But there may be a question mark at end of that statement now.”