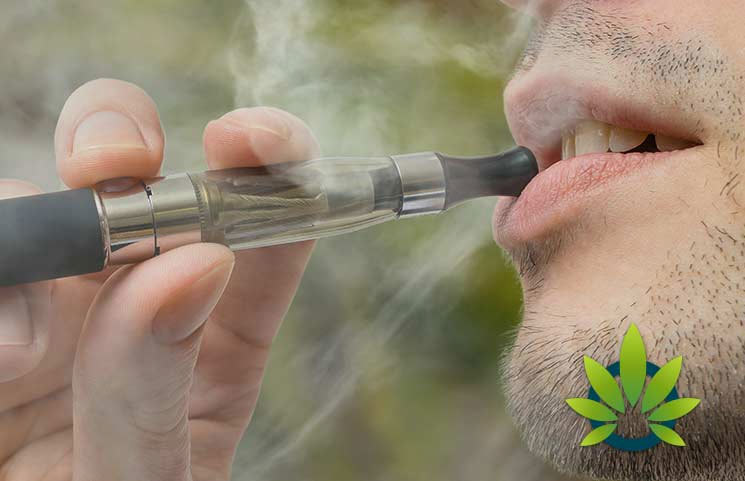 John McAfee, famous cyber security pioneer, computer programmer and cryptocurrency community representative, is known for making some bold statements. Recently Mr. McAfee decided to comment on the current issues arising from vape use. There have been over 300 cases of lung disease that the local health departments believe are the result of vaping, though no single product has been linked. McAfee recently said that the contaminated products could be causing “zombie-like symptoms.”

He tweeted out a recent statement claiming there are current testing procedures happening with these CBD vape products for a “purposeful contaminant,” which he says, “should scare you.”

.@china_zombie says people are testing infection vectors for the release of a powerful Research Chemical that causes zombie-like symptoms. This Washington Post story about a purposeful contaminant in many CBD products should scare you. What better vector?https://t.co/7iDaqaetH0

Multiple cases of pulmonary disease have arisen in the United States this year, and marijuana products linked to vaping have already been connected to many of these cases. According to the Food and Drug Administration (FDA), the products included a vitamin E oil derivative.

The tweet from McAfee referenced a study from the South China Zombie Research Centre, stating that he was working with them for the development of the CZCOIN cryptocurrency token and whitepaper.

To my critics: it isn't my job to determine the validity of @china_zombie 's claim that zombies exist. My job us to ensure that the white paper for the CZ coin is factual and informative regarding all aspects that affect the creation, distribution and use of the coin. That's all. pic.twitter.com/MpblMpSVE5

Just a few weeks after the late-August post, it appears that the relationship dissolved. The center recently started to post about potential zombie outbreaks in broken English repeatedly, but is now stating that it will sue McAfee for making the organization “look like a fool.” They added that they were done with McAfee, and that what he was saying was not true, instead commenting that the threat of a zombie takeover was “real” and that it must be taken seriously.

We are sue Mr. McAfee for make us look like fool. We not understand why White Paper say such bad things for us. We finish for Mr. McAfee. Things not true. We serious research. World must see. Zombie threat threat real and must be approach now by whole world.

In comments, the center even said that McAfee was hired to “prove” that this was a risk.

We cannot for reasons of many. Mr. McAfee hired to do this. He fail.

Realistically, there is clearly a chance of this center being a massive social media prank. There have already been multiple Twitter users that state that McAfee may be a part of the creation of these tweets.