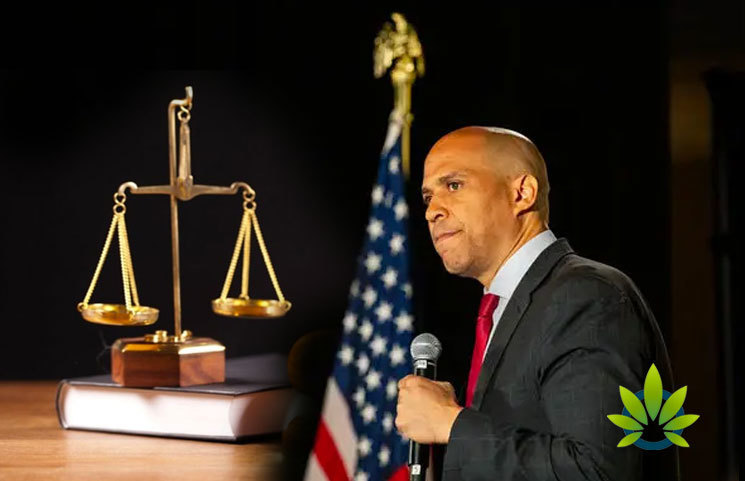 Marijuana banking issues are up for discussion in the House and Senator Cory Booker stated that he will not support any cannabis legislation that does not include restorative justice. This statement comes at a crucial time as the House announced that the first floor vote would be cannabis reform legislation. This is a bill to protect banks that service cannabis businesses. This development is also controversial as several advocacy groups argue that a vote should be delayed until further legislation is passed.

As I said earlier this year, any marijuana legislation moving through Congress must include restorative justice for those most harmed by the War on Drugs in order to get my vote.https://t.co/Y1dOwgHbm2

The statement comes at a critical moment in the marijuana reform movement. House leadership announced on Friday that the first full floor vote on a standalone piece of cannabis reform legislation—a bill to protect banks that service cannabis businesses from being penalized by federal regulators—will be held next week. But that development has also created controversy, with several advocacy groups arguing that a vote should be postponed until more wide-ranging reform legislation is passed.

Although Booker didn’t directly reference the banking bill his tweet, its timing seemed to suggest that he sides with those groups—which include the ACLU, Human Rights Watch and Drug Policy Alliance—and that he wouldn’t support the Secure and Fair Enforcement (SAFE) Banking Act as written. Marijuana Moment reached out to his office for clarification, but a representative was not immediately available.

While some have made the case that the bill would help promote social equity by improving access to banking services for minority business owners, others view the legislation as primarily benefiting large cannabis firms. The senator has focused on the need for inclusive and comprehensive marijuana reform. He claims that the initial bill didn’t meet his standard and he did not want to attach his name to it. He believes that it is unfair to push forward something that doesn’t do any restorative justice. He wants justice done to communities that have suffered as a result of marijuana prohibition.

“I get very angry when people talk about legalizing marijuana and then give no light to how marijuana law enforcement was done in ways that fed upon poor communities—black and brown communities. This is a war on drugs that has not been a war on drugs—it’s been a war on people, and disproportionately poor people and disproportionately black and brown people.”