Democratic Presidential Candidate, Cory Booker Gets an A+ For Marijuana Movement Contributions
Advertisement 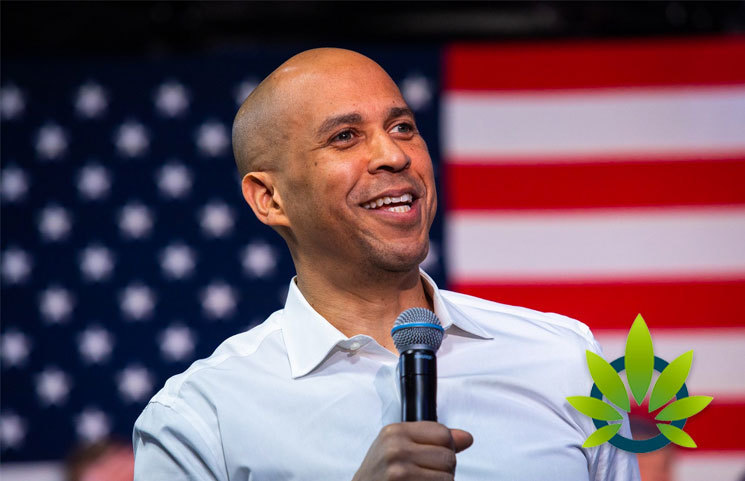 For the past couple Saturdays, Canna Law Blog has been grading presidential candidates running for the 2020 election. The assessment is done in relation to their contributions in the current marijuana movement. Ultimately, concluding with a letter grade they ought to deserve, which reflects factors including their voiced opinions as well as their actions.

So far, Joe Biden (D), Bernie Sanders (A), Kamala Harris (B), Elizabeth Warren (B+) and Pete Buttigieg (B+) have been discussed upon and it seems like New Jersey’s Senator Cory Anthony Booker is in the lead spot with a grade of A+. Here’s the story behind his grade:

According to Canna Law Blog, Booker has been pro-active within the cannabis industry, and has since voiced the importance of legalizing marijuana on social media platforms and his website. Some of his intentions are to “decriminalize marijuana, expunge records and restore justice to individuals and communities that have been devastated by the War on Drugs.”

It appears like Booker simply didn’t rest is making statements that the people will like to hear but has since made it clear that he is serious about them.

For instance, in 2014, he reportedly started his career with the urgency that stemmed from needing to reform the criminal justice system to co-sponsoring the CARERS Act, which promoted the legalization of marijuana in 2015.

In 2017, his stance on marijuana legalization was reflected via his Marijuana Justice Act to the Senate, which if passed, could target all of his aforementioned goals. Interestingly, states that do not legalize the cannabis plant will be punished, not to mention states that unlawfully take severe action based on race and lower income individuals. What started as a solely run endeavor led to five others co-sponsoring it.

In 2018, his work towards a number of bills did not go unseen, as these include the First Step Action and Next Step Act, both of which focused on reforming the justice system.

Based on the analysis above, it is clear that Booker has been working on the promises he has been making, which right off the bat makes him a deserving candidate of an A+.

The Uncertainty of the Cannabis Regulation Implies Being A Conservative Investor