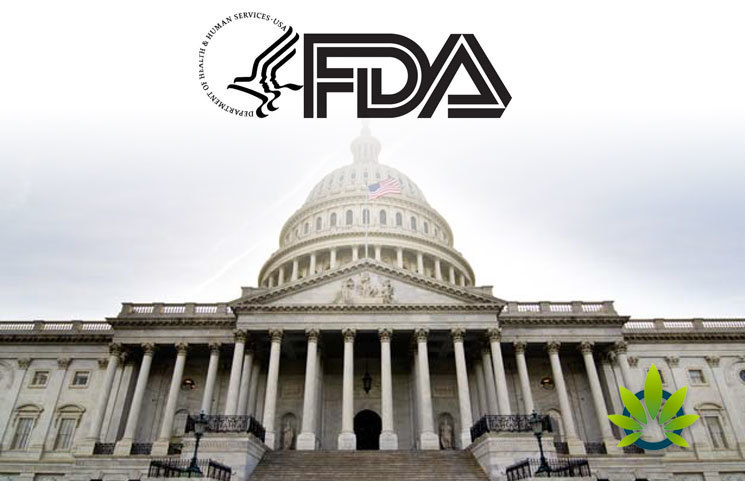 The introduction of hemp-derived CBD has created a lot of confusion and even frustration in the industry, considering the lack of direction in how the substance can actually be marketed. Until the Food and Drug Administration (FDA) decides to launch their regulations, companies are unable to market CBD as an ingredient in their products for any kind of medical or therapeutic use. Earlier this year, former FDA Commissioner Scott Gottlieb estimated that it would be years before the agency would be able to create rules that would legalize this application of CBD without congressional action.

The chambers seem to feel as though they’ve waited around for long enough. Instead of wasting any more time, they are now putting the pressure on the FDA to push ahead with federal legalization. A group of 26 members of the House issued a letter to the FDA, pushing the agency to pave the way for companies to legally market hemp-derived CBD as an ingredient.

The letter states that the lawmakers are appreciative of the “proactive approach” that the FDA is making towards the legal pathways necessary for selling and creating Hemp CBD products. However, the lack of movement to develop these regulations has done nothing good for stakeholders, who are plagued with worries over the legal uncertainty of the space. More specifically, the members that signed the letter stated:

“Given the widespread availability of unregulated CBD products, growing consumer demand, and the expected surge in hemp farming in the near future, we believe that FDA must quickly act to provide legal clarity and to establish a regulatory framework that supports this exciting new opportunity.”

With regulatory certainty, lawmakers are hoping that stakeholders will have the opportunity to secure banking services to develop in the industry, while protecting customers. The House members suggested implementing an interim final rule that would offer clear framework for regulations over CBD to be used as a dietary supplement and food ingredient.

On the same day that the group of House members sent out their letter, the Senate Appropriations Committee chose to add some changes to an agriculture spending bill to force the FDA to issue guidelines, thanks to the convincing of Senate Majority Leader Mitch McConnell. In the spending report, the FDA is directed to make it possible to legally market these types of products within 120 days. With this clarification, the hope is that banks will be able to offer banking services to CBD companies.

The provisions state that a report needs to be submitted to the Senate Appropriations Committee within 90 days by the FDA to show what they have done to “determine a policy of enforcement discretion.” The provisional guidelines, once approved, would be effective until the regulatory processes for sharing data between hemp CBD manufacturers is finalized, which must be compliant with federal law.

Ultimately, the fact that both of these branches are pushing for some kind of regulatory measures through the FDA is encouraging, as both houses understand the limitations imposed on hemp CBD presently. Now, with these letters and requirements, the crop and derived products may soon meet the economic potential expected of them.