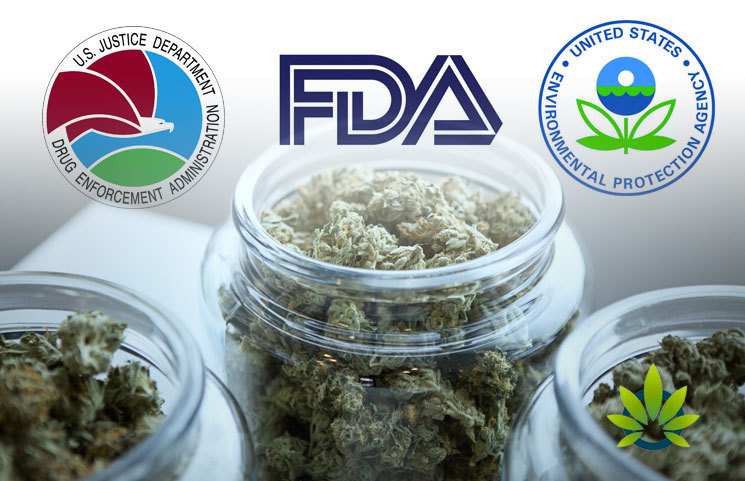 The Food and Drug Administration (FDA), the Environmental Protection Agency (EPA), and the Drug Enforcement Administration (DEA) have the classification of cannabis under consideration. Cannabis is illegal under federal law and is classified as a Schedule I substance. Here is what each agency is specifically seeking comment on:

The FDA has reopened its comment period on a number of issues, including cannabis's status under international treaties. The agency’s notice states that it is “taking this action to allow interested persons additional time to submit comments.”

The EPA issued a news release. The EPA is seeking public comment on a narrow scope of information related to cannabis, which is the “pesticide applications for hemp.”

“EPA is taking the next step toward registering crop protection tools for hemp in time for use during the 2020 application and growing seasons. The Agency is announcing a 30-day public comment period on ten existing pesticide product applications for industrial hemp. We hope this transparent and public process will bring hemp farmers and researchers increased regulatory clarity in time for next growing season — something they have asked for since the passage of the 2018 Farm Bill and the legalization of commercial hemp.”

As for the DEA, in its announcement of necessary steps to improve access to marijuana research, Attorney General William P. Barr stated,

“I am pleased that DEA is moving forward with its review of applications for those who seek to grow marijuana legally to support research. The Department of Justice will continue to work with our colleagues at the Department of Health and Human Services and across the Administration to improve research opportunities wherever we can.”

“To ensure transparency and public participation, this process will provide applicants and the general public with an opportunity to comment on the regulations that should govern the program of growing marijuana for scientific and medical research.”

It appears that reportedly, the public has already started commenting. In an article by Marijuana Moment, several comments appear.