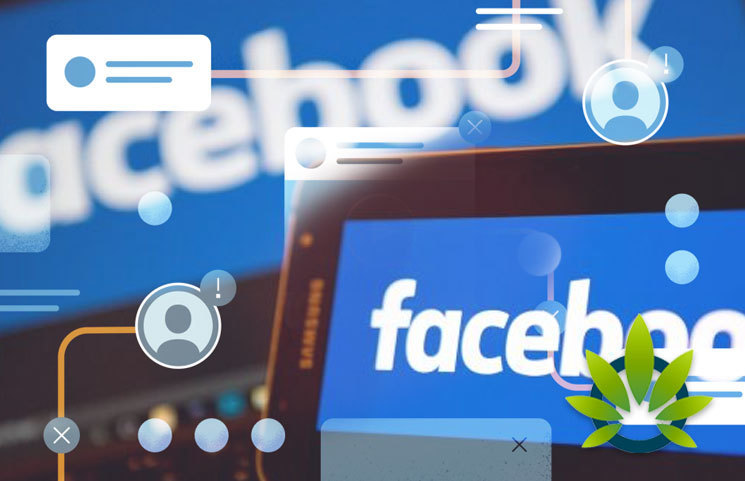 Facebook has a controversial relationship with cannabis, and their difficulties have created problems for cannabis businesses lately. In fact, seven medical marijuana dispensary owners in Tulsa, Oklahoma are now going after Facebook for the way that they’ve been treated by the platform. According to the allegations, the owners state that Facebook is “subjectively” putting them in “Facebook jail” whenever they create posts about their businesses, according to an article in Tulsa World.

The initial lawsuit lists Ye Olde Apothecary Shoppe and its owner, Danna Malone, as the plaintiffs, targeting Facebook, CEO Mark Zuckerberg, COO Sheryl Sandberg, and executive team member Thiel. The lawsuit was filed in the Tulsa County District Court in May, though six other dispensaries were added as plaintiffs just a few weeks ago. In the petition, the businesses explain that Facebook and other platforms are used as a way to build up their brand and communicate with potential and current customers. They collectively allege that Facebook discriminates against their industry and has “a pattern of targeting the Oklahoma medical marijuana industry.”

The other plaintiffs added to the petition include:

Along with the shop listed in the petition, Gossett has stores in Claremore and Vinita. Ditata, the owner of Cannabis Island, operates in Del City.

In this case, the plaintiffs are aiming to get a court order that would keep Facebook from censoring the pages, as well as $75,000 in damages for the “economic harm” they’ve sustained, as well as the attorney fees, in the event that they choose to hire one.

“Facebook has an arbitrary, subjective, discriminatory and archaic policy and their policy does not apply to all. It is just random. Or at least it appears to be random. There is no way for an individual or a business to contact anyone within Facebook to get assistance. They hide behind their keyboards and mete out whatever punishment they feel if they find that you have committed an infraction to their subjective community standards.”

Facebook’s community standards on regulated goods state that the attempted sale of “non-medical drugs, pharmaceutical drugs, and marijuana” is prohibited. The guidance available on advertising states that images cannot include recreational marijuana, medical marijuana, or devices that could be used to consume either.

There are 33 states that have already legalized the use of medical marijuana in some form, which includes Oklahoma, and 24 of those states have some kind of decriminalization statutes. California, which is where the Facebook headquarters are located, has even legalized the recreational use of cannabis. The plaintiffs claim that the states with recreational use approved – like California, Colorado, Oregon, and Washington – don’t appear to be censored “from the surface,” unlike their own state.

Though Tulsa World reached out to the press relations department at Facebook, they have received no response.