Facebook is Still Blocking CBD Ads Despite Cannabidiol's Surging Popularity, Now Being Sued for It
Advertisement 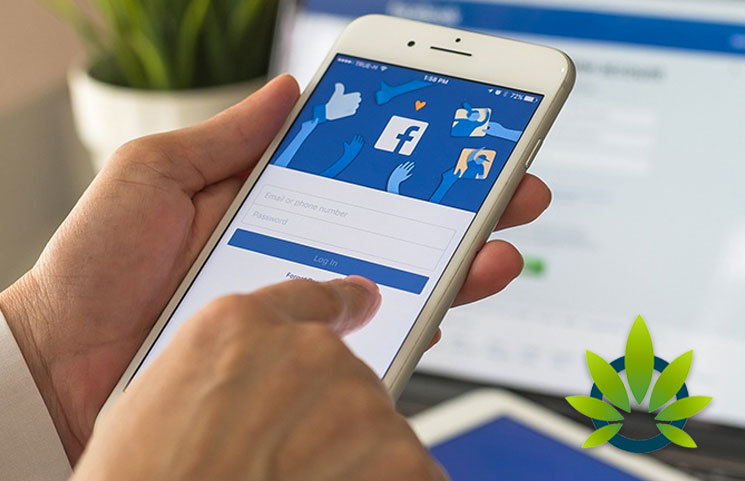 The cannabidiol industry has never been bigger than it is today. Despite the surging popularity, however, the world’s largest social media network continues to block various CBD advertisements.

writes Bijan Stephen for The Verge earlier this week.

Stephen discusses the experiences of several in the digital marketing space who have struggled to post ads on Facebook in recent months. One woman who runs a small spa in Wisconsin, for example, was unable to post an advertisement this year for her CBD-infused treatments.

Another woman’s CBD advertisement was taken down within five minutes. That woman’s ad account was shut down shortly thereafter. The crime? Posting an advertisement for an open house with presentations from members of the local community, with one proposed submission happening to cover CBD oil and how it might be helpful.

However, one Facebook spokesperson got in touch with The Verge and verified that CBD advertisements are banned on the platform:

“…a spokesperson for the company confirmed to The Verge that users are not allowed to post ads mentioning CBD or ingestible hemp, and that paying to promote posts that mention those products is also not allowed.”

Facebook’s advertising policy has a section mentioning a ban on “illegal products or services”, drugs and drug-related products”, and “unsafe supplements”. Facebook gives itself greater discretion over that last category: they reserve the right to restrict advertisements for “unsafe supplements….as determined by Facebook in its sole discretion.”

The end result of Facebook’s “sole discretion” is that CBD is treated the same as any marijuana derivative: Facebook treats CBD product sellers the same as someone trying to advertise marijuana on the platform.

Some argue that Facebook is an independent company and can choose what to advertise on its platform at its own discretion. Others, however, claim that Facebook isn’t giving users sufficient warning before permanently banning their accounts from the platform: if Facebook’s advertising policy doesn’t specifically restrict CBD, then it’s difficult for advertisers to keep their accounts in line with Facebook’s terms and avoid a ban.

Facebook is Being Sued for Its CBD Advertising Ban

Facebook is facing a lawsuit over its enforcement actions against CBD advertisements. The lawsuit was brought against the social media giant by Felicia Palmer, the founder of long-running hip-hop website Sohh.com.

Palmer became interested in cannabis after a brush with breast cancer in 2016. Palmer paid Facebook to promote her posts about CBD as part of a campaign for Cannaramic, an online CBD summit proposed for late May 2019. www.cannaramic.com

Facebook claims Palmer’s ad was blocked because “we don’t allow ads that promote illegal, prescription, or recreational drugs.” Palmer filed a lawsuit in the Southern District of New York. The case is ongoing under the name Cannaramic vs. Facebook, and the suit is open to other plaintiffs to join.

Palmer is being represented pro bono by David Holland, the executive director of NORML – the National Organization for the Reform of Marijuana Laws, as reported by Forbes.

Part of the problem is that Facebook still treats CBD as an illegal drug, despite the fact that its definition is much less clear. Cannabis is still treated as a Schedule 1 substance on the Controlled Substances Act, making it illegal nationwide. CBD, however, exists in a legal grey area: hemp, which contains CBD, was removed from the Controlled Substances Act as part of the 2018 Farm Bill. The challenge, of course, is for advertisers like Facebook to verify that the CBD advertised on their platform comes from legal hemp – not illegal cannabis.

Complicating matters further is that the FDA has already approved a CBD-based drug. Last year, the FDA Approved Epidiolex for the treatment of seizures. Typically, this would mean that anyone seeking to put CBD – an FDA-approved drug – in their food would need approval. However, the FDA generally doesn’t take action against people who produce CBD-infused supplements unless they’re making wild claims about health benefits.

For now, social networks like Facebook seem to block any promoted mention of CBD, going above and beyond the requirements of federal law.

As CBD companies have found out, payment processors have taken similar attitudes. While hemp is federally legal, domestic payment processors continue to shy away from the industry due to concerns over whether or not clients meet regulatory requirements.

Jen Rudis, founder of Wisconsin-based wellness company Jenerate Wellness, has found a clever way around the Facebook CBD ban, as reported by Verge:

“How do I advertise CBD now? I don’t. The only thing you see on CBD oil in my store or in my business now is I will take a picture, and I will post it on my story. I don’t use the word CBD. I don’t market it. I don’t advertise it. I do nothing with it.”

Rudis had previously tried to post a CBD picture on Facebook with no mention of its health benefits or efficacy. It was simply a picture of a CBD product on a shelf of her store. The next morning after posting that image, she tried to log into her Facebook account and found that everything was deleted.

Clearly, Facebook is taking a heavy stance against CBD advertisements on its platform – and it’s not totally clear why. While Facebook’s ad policies make no specific mention of CBD, any CBD-related advertisements continue to be blocked from the platform.