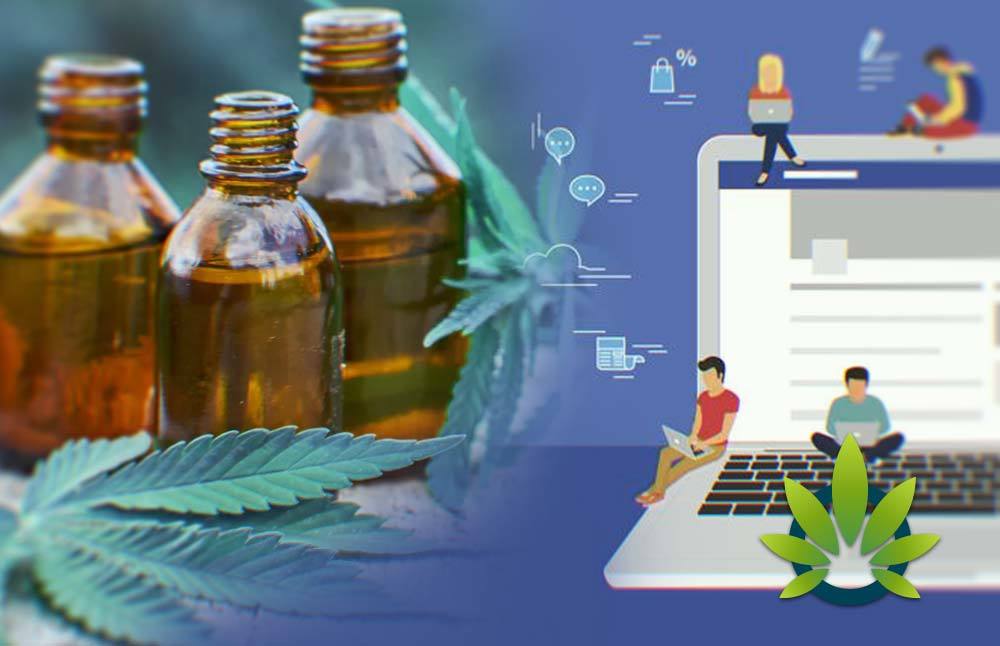 Facebook has been reorganizing the types of pages that they allow to be posted on social media. One user, Hannah Smith, discovered the hard way that her family’s company, Joy Organics, was not functioning properly. After a call from her mother, she discovered the Facebook had decided to unpublish the hemp-CBD products’ company page. They had cited the company for “promoting the sale of prescription pharmaceuticals. “

Hemp-CBD is gaining tons of popularity for its health benefits lately. Though there are anecdotal claims that it may soothe anxiety, reduce stress, and ease pain, it is not considered to be a pharmaceutical-grade remedy or treatment.

To try and solve this matter, Smith attempted to file an appeal, but was unfortunately denied. Next, she pursued a petition that gathered almost 3,000 signatures. Looking for answers, she took to others in the CBD community, discovering that they had also seen their pages shut down in Tennessee, Colorado, Kentucky, North Carolina, and other locations. In Massachusetts alone, six separate companies received similar notifications.

Luckily, it seems that Facebook is now realizing the errors of their ways. In an email to Smith on Monday, Facebook said, “We mistakenly removed pages for hemp and CBD oil that do not violate our policies and we are currently working to restore these pages.”

When speaking in a phone interview, Smith commented, “It was a huge bummer Facebook killed our page right before the holidays. And we had just come up with a whole marketing campaign for our new skincare line.”

Smith was quick to jump into additional appeals on the deactivation, and Joy Organics has since been reinstated. However, every company was not as lucky.

“I don’t understand why Facebook is attacking us now. I don’t even sell anything on our Facebook page; we just use it to educate the community and tell them about new products and new studies.”

The Community Standards from Facebook indicates that the social media outlet will “prohibit attempts by individuals, manufacturers, and retailers to purchase, sell, or trade non-medical drugs, pharmaceutical drugs, and marijuana.” Marijuana is illegal under federal law and is a schedule I substance. Hemp, on the other hand, was legalized under the 2018 Farm Bill.  Zeroing in on company pages, Facebook adds that these pages “must not promote the same of prescription pharmaceuticals.” Prescription pharmaceutical advertisements are not entirely banned from Facebook, but the companies need pre-approval from Facebook beforehand.

While Facebook is working to reverse what they have done, there has yet to be an explanation to why these pages were removed at all. Kentucky’s Commissioner of Agriculture, Ryan Quarles, chose to write to Facebook’s CEO, Mark Zuckerberg, to directly address these concerns. Posting an excerpt to Twitter, along with a full copy of the letter, Garrett Wymer said, “America's hemp farmers and businesses should be celebrated and supported.” Just confirmed @KYAgCommish sent this letter to @facebook, urging them to reconsider the practice of limiting hemp companies' access on social media.”

So far, it does not look like the companies believe that this was a mistake. Sunshine Bickett, who runs a business in Indiana called Sunshine CBD Bake, said,

“Personally, I think this is happening because they are correlating us with big pharma now that hemp is legal. Pharmaceutical companies pay big bucks to be on Facebook, and then there are little guys like us who have pages. Once the farm bill passed, maybe Facebook saw an opportunity to move things around.”

Facebook is dedicated to the efforts to reestablish all of the CBD companies that it shut down, but this decision shows the complications that consumers may now face in the world to purchase the remedy. Even though the farm bill permits hemp-derived cannabidiol under certain circumstances, the struggle that hemp-CBD faces is far from over.