Does CBD Use Lead to Addiction? Is Cannabidiol Oil an Addictive Substance?
Advertisement 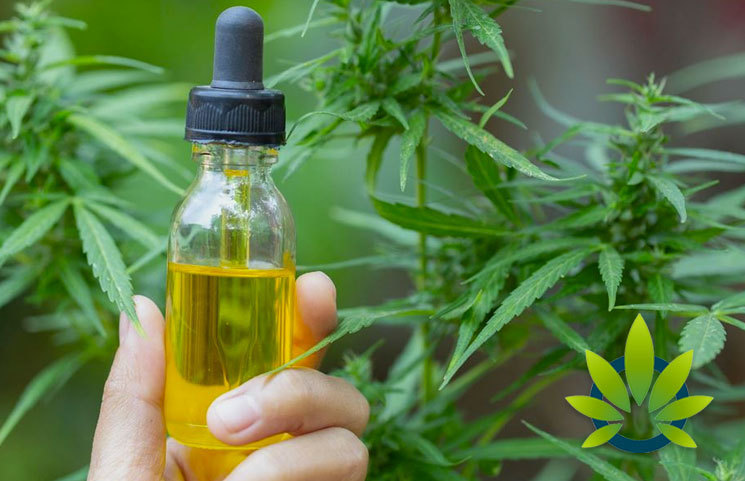 CBD is short for cannabidiol, which is deemed the second most active ingredient found within the cannabis sativa plant. It is primarily found in the hemp plant, with marijuana housing a component called THC. This is not to say that marijuana doesn’t contain CBD, it does, but it is in the slightest presence, whereas THC is found in an abundance.

That said, the difference between CBD and THC rests in a number of properties, with the main one having to do with attaining a feeling of high. In particular, CBD is trusted as a non-psychoactive cannabinoid, whereas THC is reigned for recreational uses and induces mind-altering properties.

According to Peter Grinspoon, MD, who referenced The World Health Organization,

“In humans, CBD exhibits no effects indicative of any abuse or dependence potential […] To date, there is no evidence of public health related problems associated with the use of pure CBD.”

The aforementioned sparks an interesting debate. If CBD is reasoned to reduce anxiety and other mild mood-related disorders, doesn’t it also have an effect on the brain, not to mention one’s mind? Does this mean that CBD can be addictive?

A recent piece by Marijuana Break broke down every aspect of CBD, from its role, what causes addiction and the relationship between the two. Based on their analysis, interesting things are about to unveil!

How does CBD Function Within the Body?

CBD supposedly communicates with major receptors in the nervous system, where the latter is deemed a messenger that delivers information all throughout the body for the brain to make sense of. Said information or signals are what the brain is dependent on to ensure that the body is maintained daily, whether this implies resolving concerns related to pain, or storing new information.

The interaction between CBD and these mentioned receptors can potentially alter the paths taken by the signals. According to Marijuana Break’s reporting, CBD may primarily influence the 5HTIA receptors which are sensitive to serotonin, a type of neurotransmitter tasked with regulating mood, social behavior, sleep, memory and digestion among others.

Similarly, it affects TRPV1 receptors by blocking off impulses within the body that typically react to pain – hence one of the reasons why CBD is preferred for those looking to eradicate inflammation. Another receptor that it affects is that of the PPAR-gamma, which manages stored fatty acids.

Clearly, CBD’s interaction solely rests with receptors, but that said, these are the ones that break or make the brain’s ability to decode signals received. These often determine our very basic movements to even decision making!

How does addiction work?

Addiction has been described as being a physical and psychological response to some external trigger and believe it or not, it has the ability to alter the brain’s structure and functioning. Three states are normally associated with addiction, which include “pleasure triggers, learned behaviors and continued exposure to certain substances.”

Pleasure triggers is when the brain is triggered by some substance that induces a sense of happiness. This sentiment is typically associated with a neurotransmitter called, ‘dopamine,’ which is popularly known for making consumers feel good.

The built-up dopamine is situated in the nucleus accumbens, where hypothalamus is housed and is reckoned as playing a role in addiction. It is believed that addiction depends on factors including the rate of dopamine build-up, its intensity and speed, all of which are typically attained by smoking or taking pills.

Next, we have learned behaviors, which is the result of the coming together of two neurotransmitters, dopamine and glutamate. While the former is known to initiate that feel good sensation, its unison with glutamate creates associations. Say for example that an individual feels extremely happy eating ice cream, then the body associates eating ice cream with happiness, hence dopamine gets released.

This is what happens when consumers ingest drugs like opioid and heroin, as they become learned behaviors and something of great influence on the brain.

Lastly, we have ‘continued exposure to certain substances’ and as clearly put as it is, this is where nerve cells in the nucleus and prefrontal cortex become dependent on certain substances to activate a certain sensation.

When it comes to getting high, once the body gets used to the dosage, the intensity of the high decreases, forcing consumers to ingest more and leaving the body learning new behaviors and adapting to its presence.

Bringing Together CBD Use and Addiction

As seen above, addiction depends on a number of factors, with the most dominant ones being the chosen activity, the substance at hand, and the feelings produced as a result.

Bearing the three factors in mind, we know that CBD does not produce mind-altering effects, but rather works in producing a therapeutic effect. This means that instead of consumers feeling happy or out-of-the-world, receptors in the brain are activated to promote relief.

Marijuana Break makes mention of a study that supposedly found that the use of CBD has the ability to rid one of drug addictions, not to forget preventing any mean of relapse to occur. Ultimately, CBD is trusted to work in a way that wires the brain to initiate pain-relief, rather than altering one’s awareness, ability to think, etc.

In conclusion, CBD has not been found to have enforced addiction in consumers. While substances such as heroin and opioids have been effective in altering brain functioning, increasing cravings, impairing one’s train of thoughts and inducing withdrawal symptoms, the same cannot be said about CBD.

All-in-all, CBD does not appear to carry most of the facets associated with addiction. It neither seems to create a psychoactive effect nor urge the brain to associate its presence with a reward. Marijuana Break argues that it may induce psychological addiction, but this has yet to be discovered through research.