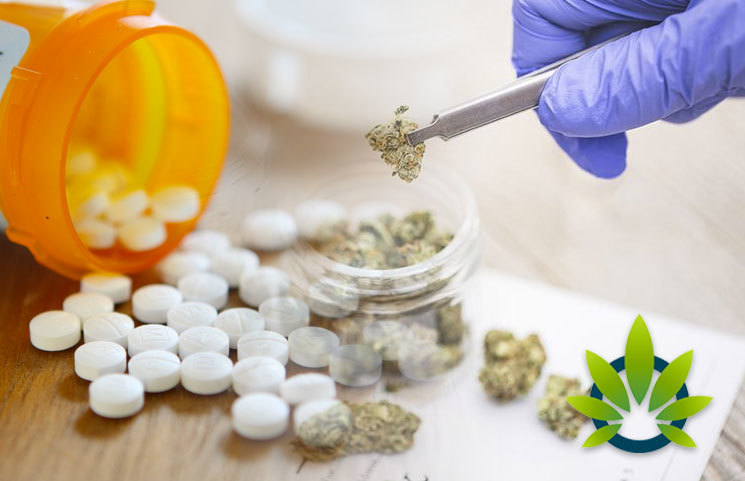 The cannabis plant deserves a standing ovation, as it carries one of over 110 different types of cannabinoids that can attach to the human body’s endocannabinoid system. While THC and CBD have been paraded in recent times, others including the likes of terpenes, cannabinol, and flavonoids are creeping to the surface.

That said, a recent post by Marijuana Break looked closely at whether cannabis is superior to Aspirin. The reason for said comparison stems from recent findings in which cannabis’ flavonoids are deemed sufficient, if not potent enough to treat pain in consumers – something that’s typically only associated with THC and CBD. Given that Aspirin has been designed to tend to similar conditions, the two were placed in a fight to see who will win.

Flavonoids are plant chemicals (i.e. phytonutrients). There are six subdomains one must consider when they hear, ‘flavonoids,’ and these include flavones (luteolin and apigenin), flavanols (catechins, dimers and polymers), isoflavones (genistein, glycitein and daidzein), anthocyanidins (malvidin, pelargondin, peodin and cyanidin), flavonones (hesperetin, eriodictyol and naringenin) and flavonols (quercetin and kaemferol).

Popularly known for its rich anti-oxidants and anti-cancer profiles, flavonoids are believed to offer health benefits on a cellular level by targeting cell signalling pathways, promoting longevity, ridding weight management-related inflammation, and reducing the possibilities of diabetes, cancer, brain health and cardiovascular diseases among other.

Marijuana Break referenced a recently published study by Tariq Akhtar et al., who together studied two particular types of flavonoids in marijuana, including cannflavin A and cannflavin B.

According to the researcher, studying flavonoids arose due to the lack of research surrounding it, adding that it was important that the component was reviewed as deep into its molecular aspects as possible. Using both biochemistry and genomics, the researchers created both cannflavins.

In conclusion, a statistically significant evidence was found, where a pair of enzymes were capable of creating both cannflavins, however the combined content present came out to about 0.014%% of the cannabis plant’s weight. This simply implies that a lot of plants need to be grown in order to extract a good source of cannflavins. That said, the team appears to be confident in being able to create a biological system that will create these molecules.

Marijuana Break claims that the first-time flavonoids were ever studied, findings suggested them to housing 30 times more anti-inflammatory properties than marijuana. Since laws surrounding marijuana use have since prolonged, further research was supposedly never conducted, at least in terms of cannabinoid analysis.

Which Between Cannabis And Aspirin Is The Safest?

Aspirin is an over-the-counter drug that is suggested by health professionals for pain and inflammation. Interestingly, the key ingredient in this medication are willow tree leaves. The latter was used as a natural way of healing for thousands of years, which eventually was called acetylsalicylic acid when packaged as drugs.

The over-the-counter drug has since been and continues to be used globally with millions of prescriptions offered on a yearly basis as per the World Health Organization (WHO). One would assume that its uses are safe, but it turns out that not all age groups can benefit from it.

A study conducted by Oxford University was referenced in which it was found that elders who used Aspirin were 10 times more prone to experiencing “disabling or fata gastrointestinal bleeding,” compared to the younger population, with the most serious of them being death.

Dr. Leslie Iverson from the very same university supposedly wrote a book called, “The Science of Marijuana,” where marijuana was crowned a “safe drug” that did not negatively impact one’s brain function, fertility, mental health or cause cancer. Such a title has been given due to its low presence of toxins compared to today’s drugs.

All-in-all, this piece has given insight on marijuana uses for optimal relief. Normally, hemp-derived CBD is advertised as the one with health benefits, while marijuana and its THC compound have been pushed to the side. A number of studies later showed that the two in unison can perhaps make a positive difference.

Now that we know there’s more to the cannabis plant than just CBD and THC, the different ways to approach health and cannabis use can be researched upon. Given the properties of flavonoids, more research needs to be done to substantial the findings above.

While the fact that flavonoids are 30 times more potent than Aspirin is appealing, this leads to the question as to how many plants are needed to extract the component, not to mention its concentration. Let’s see where research takes us in terms of cannabis use in the future!