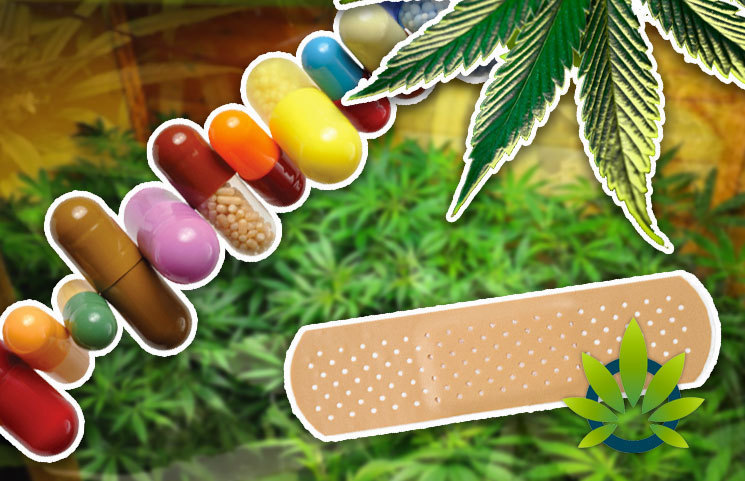 Opioid overdoses and other health complications related to opioid use have claimed more than 420,000 deaths in America over the last decade. Healthcare practitioners have been struggling with dealing with this opioid crisis ever since it started back in the 1990s. A recent study in the Am J Psychiatry has shown that CBD use may help to reduce the symptoms of opiate addiction recovery, including anxiety and cravings.

Scientists and researchers at ISMMS medical school conducted the study, and it involved 42 patients who were recovering from various opioid addictions. The participants were given either varying doses of CBD (800mg or 400g) or placebo drugs. The patients were also shown images of drug use, drugs, landscapes, and even packages that seemed to contain drugs. The researchers recorded the emotional response of the women and men across varying situations, including after taking CBD medication before looking at the photos, a day later and also one week later.

The data collected helped to show the participants’ cravings and levels of anxiety. The researchers found that those who were on CBD experienced less stress and fewer cravings in contrast with the group on the placebo regimen. The effects were not only visible after one day but also one week later. It is worth noting that women in the study responded with higher anxiety and craving levels. That means women may require more extensive healthcare support from opioid addiction than men.

According to the director of Mount Sinai’s Addiction Institute, Yasmin Hurd, Ph.D., finding non-opioid treatments would help tackle the persistent opioid epidemic. It would complement the current addiction treatment options while reducing the massive healthcare costs and rising death toll. Also, Yasmin says that CBD could help overcome the treatment limitations associated with strict government regulations. The director also noted in his statement that the study showed great promise in the effective treatment of people with heroin addiction.

The current pharmacological treatments for opioid addiction recovery are buprenorphine and methadone. Adding CBD to this regiment may mark a significant breakthrough, according to the researchers. Having multiple ways to tackle the opioid issue could offer ways of finally resolving this epidemic and stop it from taking more lives.

Nevertheless, more research is necessary to the CBD and addiction recovery dynamic, especially outside the lab setting, before health experts can safely recommend it for use in this regard. That is because CBD effects are less significant if the patient is taking the medication at home. It shows that the environment plays an essential role that will need further development and investigation for CBD to be pushed into real-world settings rather than merely in research environments.

In conclusion, researchers are yet to determine where and how to offer CBD doses to people affected by opioid addiction. For those currently using CBD in any of its forms, whether oil, tincture or wax types, ensure you read the ingredients and information regarding the most effective way of taking it.