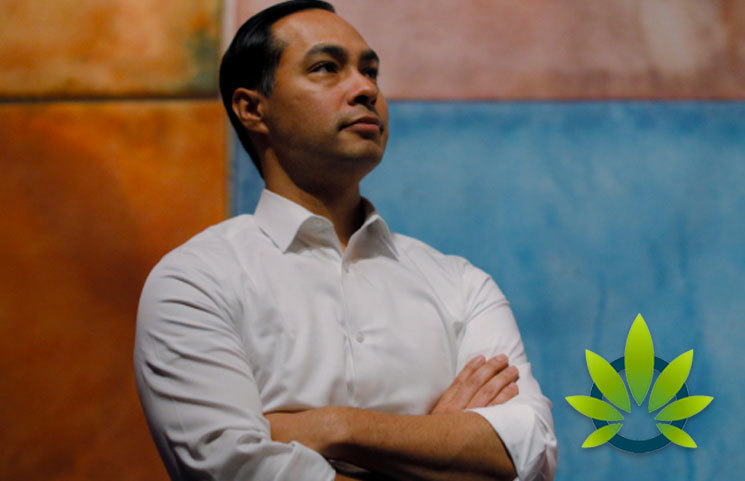 As the election of 2020 is on the horizon, one of the biggest topics of discussion of marijuana legalization. The legalization of this controlled substance would make history for whoever is responsible for the efforts, and the Democratic party already has many potential candidates that support this change.

Canna Law Blog, a publication that offers legal support for businesses involved in the cannabis industry, has been publishing blog posts that feature the approaches that the candidates of the Democratic Party have on marijuana, grading them.

At this point, through the last few months, the publication has covered Joe Biden, Bernie Sanders, and others. In evaluating Julián Castro, former U.S. Secretary of Housing and Urban Development and former Mayor of San Antonio, the website gave him a B- on his approach. Castro is in support of legalizing marijuana and believes that past marijuana convictions should be expunged.

Before Castro made his statement in support of marijuana in a Town Hall meeting in April, Castro had been fairly quiet on cannabis. HUD, while under Castro, had reiterated a policy that they already had, allowing them to evict anyone residing in a federally assisted housing facility, if they were caught using marijuana.

Apart from this statement, Castro doesn’t have much of a record of any action that he’s taken on marijuana. In fact, just before he was appointed as HUD secretary, he was apprehensive and uncertain of marijuana legalization, saying,

“I haven’t looked at the science yet about addiction and what it means, but it’s certainly something that I think deserves more scrutiny and more analysis.”

The website for Castro’s effort to become president makes no mention of marijuana directly. Publicly, Castro has spoke on multiple areas of criminal justice reform, like the War on Drugs, marijuana legalization, and sentencing reform. However, none of these positions on such important topics are found on the website.

Still, despite not providing any of these details on the website, his online presence has brought attention to marijuana. On Facebook, Castro condemned the Trump administration in 2017 after the president threatened to crack down on the state that chose to legalize marijuana. He stated that the federal government’s attention should be on directing resources to “more serious crimes.” He added,

“Not only that, growing evidence from Colorado and other states suggests we can sensibly legalize marijuana use with reasonable controls in place. State voters should have that power.”

On Twitter, Castro retweeted a January 2019 post by Rep. Ro Khanna, which called for the legalization of marijuana and the expunging of marijuana convictions, which are stances he expressed at the Town Hall in April.

Ultimately, the reason that Canna Law Blog gave him a B- is because, while he supports legalization, marijuana is not at the forefront of his campaign in anyway. Furthermore, he has no legislative record on legalization, and the only online support has been through social media, but not on his own website.