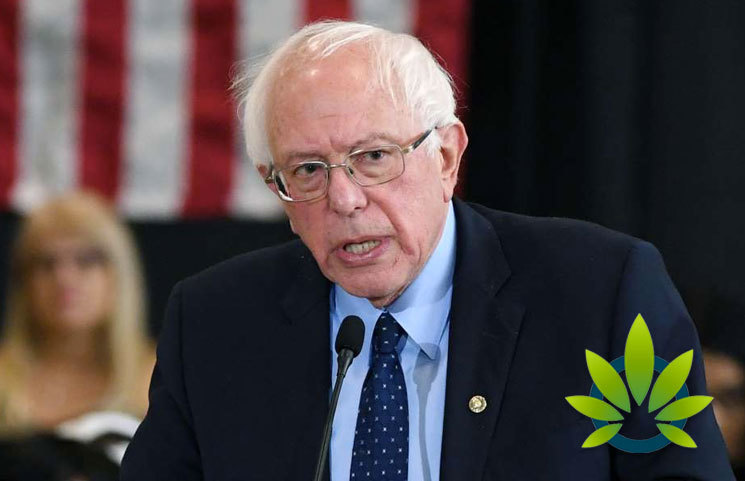 With the presidential election coming up, as well as the selection of the Democratic nominee, the discussion of controversial issues is necessary. During an interview with the Joe Rogan Experience, 2020 Democratic presidential candidate Bernie Sanders made many bold statements about his stance on issues like the secrets that the government has on UFOs and the ability to use executive action to stop the prohibition against marijuana.

During the discussion, Sanders was clear that the only substance that he thinks should be legalized or even decriminalized is cannabis. He implied that he was for the reformation of the cannabis regulations across the nation, as Rogan questioned how Sanders would combat the illicit drug market as well. Rogan commented that the safety and public health risks of illicit sales could be controlled with the legalization of all drugs.

However, Sanders isn’t willing to push that far. When asked about broadening the legalization to include other substances beyond cannabis, Sanders said, “Not at this point, no. I wouldn’t. But you’re touching on a real tragedy.”

Rogan proceeded to state that criminals sell drugs when they are illegal. He said, “There’s a demand for drugs in this country that’s absolutely fueling Mexican cartels and illegal drug runners inside this country.” He questioned how Sanders could curb this issue with drugs being illegal. Sanders admitted that the topic wasn’t discussed much, but that the greater question should be regarding why Americans are turning to drugs and alcohol.

Sanders believes that the lack of health care, enough income for a living wage, and some kind of community amongst the public could lead individuals down these paths, believing that drugs are “a way out.” When Rogan asked if more opportunities for education and work could help, Sanders replied “I believe that is the case.”

“If I’m optimistic, if I’m excited about going to work tomorrow and I’m seeing my kid doing great in school and when I get sick I can go to the doctor’s office, I have a sense of community, my downtown is not all boarded up businesses, but we have a community—yeah, the strong likelihood is there will be less diseases of despair and drugs than we currently see.”

Other candidates for the American presidency have varying opinions on cannabis. Rep. Tulsi Gabbard, for example, wasn’t as against the decriminalization of all illicit drugs. However, she stated that there’s a clear need to address addiction and help to reduce the struggle at the root, examining why the public keeps turning to different substances as a pacifier for the issue.

Sanders commented, during the interview, that the idea of legalization in the last election was “very radical,” comparing the previous election to the upcoming election. Now, he pointed out, cannabis legalization is a concept that is already spreading from state to state.

“By the way, it blows my mind to drive through Nevada and I think California, you see signs—corporations [with billboards saying] ‘buy our marijuana. Four years ago, people were getting arrested for doing that, right? Their lives were being destroyed.”

If Sanders is ultimately elected president, he said that there are two things that he will do. The first is to use executive order to legalize cannabis, and the second is to release any government secrets and UFOs, as requested by Rogan. He jested, “We’ll announce it on this show.”