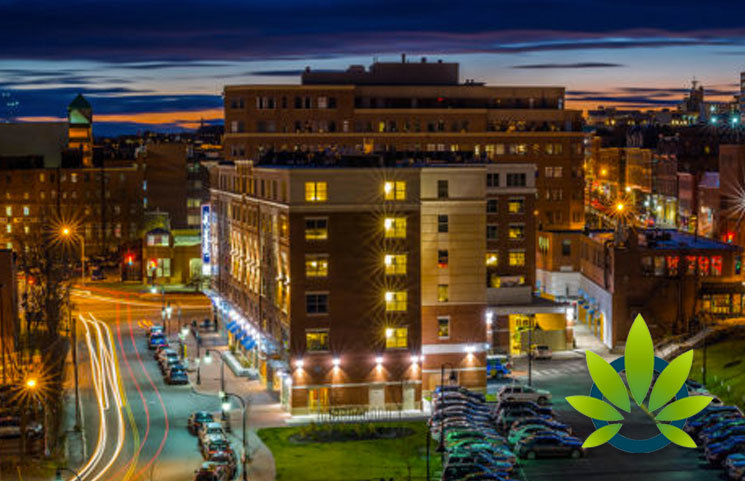 Recreational marijuana is a controversial subject, but there are many states that are working to establish laws of their own. According to reports for WGME, one city is getting closer to establishing the regulations that could clarify the recreational use in Maine. Portland, which is the largest city in Maine, recently released a proposal that shows the number of stores that could open, and the cost that will be imposed by doing so.

“This is really the first opportunity for the city council to start to dive into the details of this. Obviously, we’re going to be concerned about the variety of public health issues but also that the market is regulated fairly.”

The proposal explains that the maximum number of stores that the city is hoping to establish is 20 stores, while imposing a ban on delivery services. These stores will also need to establish a strong security staff and to maintain quality control.

“We’re obviously the economic center of the state of Maine. We know there’s going to be a tremendous amount of interest in this.”

There are already businesses that have expressed concerns with the fees that are associated with opening a store. A $10,000 fee has already been proposed by the city for the opening of a recreational shop, though South Portland only plans to charge a $1,500 fee.

Speaking on the fee proposal, Jackson Mcleod of Atlantic Farms said that the cost is about five times what the cost of a liquor license is. He added that the fee is fairly high, especially in comparison with nearby municipality. He added,

“I’d be interested to see what they'll be providing for that price.”

Tomorrow night, in front of the Economic Development Committee, the newly proposed rules will be reviewed for the first time. The committee has the option to make changes before the proposal is sent off to the city council. Costa explained that the policies are “never going to be perfect.” However, by reducing confusion, the whole process becomes simpler and more understandable.

No public comment will be accepted at this event, which will start at 5:30pm on August 6th.

Iowa Medical CBD Board Approves Cannabidiol for Chronic Pain, Not for PTSD for Now