Iowa Medical CBD Board Approves Cannabidiol for Chronic Pain, Not for PTSD for Now
Advertisement 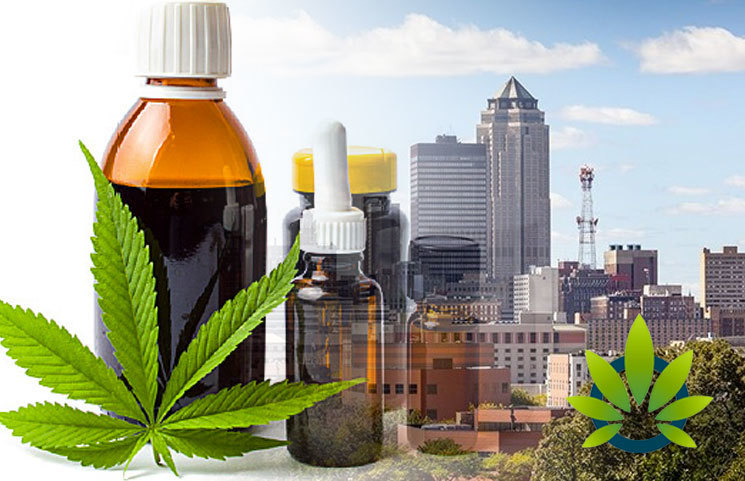 The Medical Cannabidiol Board of Iowa, whose expansion was recently denied in a bill veto by Governor Kim Reynolds, held its first meeting. During the meeting, the Board discussed and rejected adopting general anxiety and opioid dependency as conditions on the approved medical condition list, reported WHO TV.

Several speakers presented at the meeting and advocated for adopting the conditions onto the list.

“There are more than 300,000 sick Iowans taking narcotic pain pills, while only 3,300 patients have been able to access safer medicines made from cannabis.”

Others were opposed to adding the conditions to the list, such as Peter Komendowski of Partnership for a Healthy Iowa, who stated,

“This is largely an unscientific rush to market for a dangerous psychoactive drug and it circumvents all the work by the FDA and federal authorities to provide good sound medicines through traditional medical channels that Iowans need. But maybe someday [it] would include some marijuana products, but not this way,”

Although the board rejected adding general anxiety and opioid dependency to the approved medical conditions list, it did approve chronic pain. The Board also decided to delay its decision on PTSD.

“After PTSD kept dragging me down to those dark places, I didn't want my kids growing up without a father, so I said I'll do it. I'll do it for them. I tried CBD and for the first time within a week or two I felt like I had my life back.”

Board member Robert Shreck appears to take the position that more studies and research are needed before PTSD can be added to the list.

“There are no randomized controlled clinical trials that have been completed for cannabis product therapeutic for PTSD. Two sets of trials are now organized and they said when they publish this, they anticipated results in 2018. The results have not been published. Interim reports show no benefit.”

PTSD will be addressed at the next meeting on November 1. Marijuana is not legal under federal law and is classified as a Schedule I drug.