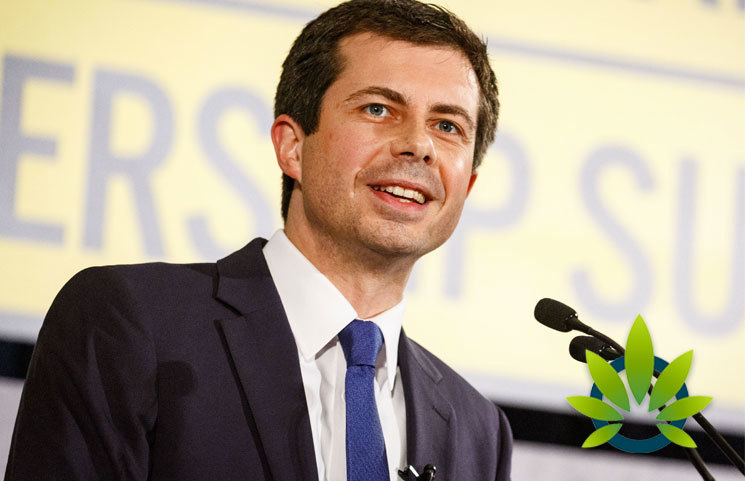 In a recent blog post, Canna Law Blog, researched Mayor of South Bend, Indiana, Pete Buttigieg’s standpoint on marijuana and has given him a grade of B+.

This is just one of many assessments done, as each chosen individual comes from a democratic background and are deemed potential presidential candidates for 2020. The grade is not only based on their current marijuana stance, but rather their overall journey.

Buttigieg’s In Favor of Marijuana Legalization

According to the claims made by the Mayor himself, his goal (as cited on his website) is, “to legalize marijuana and address the harmful effects of criminalization.” The latter was made in reference to ridding criminal activities related to marijuana.

History Remains Quite Limited in terms of Actions Taken

According to the team behind Canna Law Blog, Buttigieg hasn’t really been involved in marijuana legislation. In particular, it was noted that he has yet to sign some sort of legislation regarding its uses in his respective state. However, the team does not seem to be shocked by it simply because Indiana has not legalized its uses.

There appears to be some confusion as to what Buttigieg’s stance on marijuana legalization is, as he supposedly criticized Iowa Governor, Kim Reynolds for voting for “a medical marijuana expansion bill,” but in interviews expresses favoritism for the industry.

Interestingly, he allegedly shared in previous interviews that said legalization is something that many Indiana residents are yearning for.

Finally, when it comes to his stance on the War on Drugs, he has expressed that it should come to an end, while accentuating the need to help those who were affected and since detained for those reasons. The types of help he plans to implement are those including “community-based re-entry programs,” reports the blog.

“On a federal level, [we need to] eliminate incarceration for drug possession, reduce sentences for other drug offenses and apply these reductions retroactively, legalize marijuana and expunge past convictions.”

The letter grade of B+ supposedly reflects his lack of experience within marijuana legislation; not to forget the fact that no action has been done as of yet and just words spoken. This being said, he has openly voiced his support for marijuana along with aspects that otherwise would not be highlighted, and it is what seems to have led to such scoring.