Senator Ed Markey Signs Several Bills in Favor of Marijuana Reform, But Is It A Political Move?
Advertisement 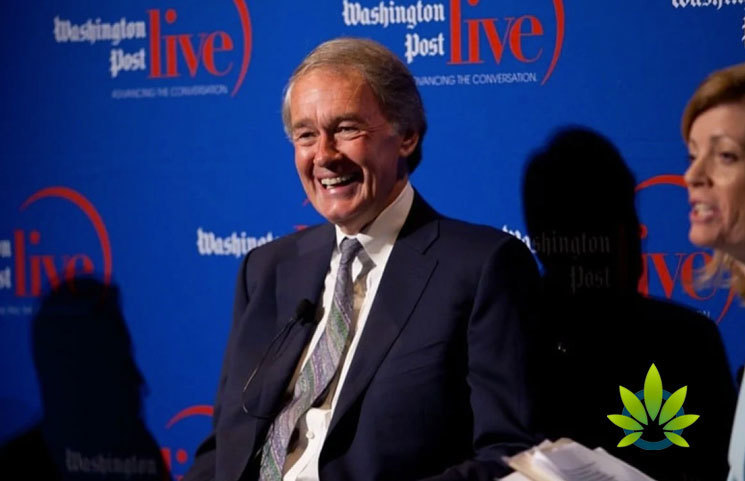 Senator Ed Markey has a competitor for his seat with the recent announcement of Rep. Joe Kennedy’s campaign to take that position. However, it looks like the Senator has plenty more that he aims to get done, signing three pieces of marijuana legislation to legalize the substance. Presently, it isn’t clear if the decision to cosponsor the legislation has anything to do with the back-to-back co-sponsorships happening in Congress lately, but it is fairly abrupt for a senator that has previously declined endorsing anything in favor of reform.

With over four decades of time in Congress, the only legislation that Markey has cosponsored has to do with the protection of banks that choose to offer their services to businesses in the cannabis industry. He’s also signed legislation that keeps the federal government from being involved with state medical marijuana programs and ones that require cannabis to be researched for the benefits that it can afford veterans by the US Department of Veterans Affairs.

Still, considering the previous endorsement that the Senator has given, the support for descheduling marijuana is still far away from what Markey has done in the past. Still, that doesn’t change the fact that this Senator of 40+ years has cosponsored three huge bills in a single day, which are:

With how popular cannabis reform is in the industry, the onslaught of new co-sponsorships could be directly connected with the challenge that Kennedy has issued for Markey’s seat. Kennedy has consistently kept a position against marijuana reform. However, true to the current trends, he announced in 2018 that he is now in favor of the legalization of this schedule 1 substance.

At this point, Kennedy hasn’t actually put his signature on any legislation to support legalization yet. Instead, he’s only decided to support the bills that offer banking protection, support the VA’s research on cannabis, and to direct federal agencies to investigate the way that legalization at the state-level has impacted the economy.

Markey has consistently supported and voted in favor of measures that protect the states from having any kind of interference federally. Kennedy had originally voted against proposals like this, but he supported a recent amendment that protected the state marijuana laws from being impacted by the Department of Justice. Kennedy also had campaigned against a measure that Massachusetts voters ultimately voted in favor of – marijuana legalization. At this point, Markey has yet to take a position.

Still, with the new sponsorships that Markey has taken on, it is difficult to believe that he isn’t for this change in the economy. The same cannot unfortunately be said for Kennedy, which will be a consideration of the voters in the next election. While Marijuana Moment has worked to get a comment from the senator’s office but have not been successful.

Deciding to get involved with cosponsoring these bills is a bit of a trend lately, and it has had results for other individuals as well. Senator Tom Carper hadn’t decided to cosponsor any bills in his 17 years for cannabis, but he was up against a progressive candidate that supported legalization, just before Carper signed a bill that would federally deschedule the substance.

Senator Dianne Feinstein has historically been opposed to reform of the current drug policy. However, when faced with a reelection campaign with California State Senator Kevin de Leon, who was in favor of legalization, she signed legislation that would protect the state programs from having conflict with the federal government. After her reelection, however, a new version of the bill came out, and the senator removed her name.

Regardless of whether Markey is truly in favor of marijuana reform, or if it is an effort to keep his seat, it still is a move that is making a difference in the way that politics are played out.