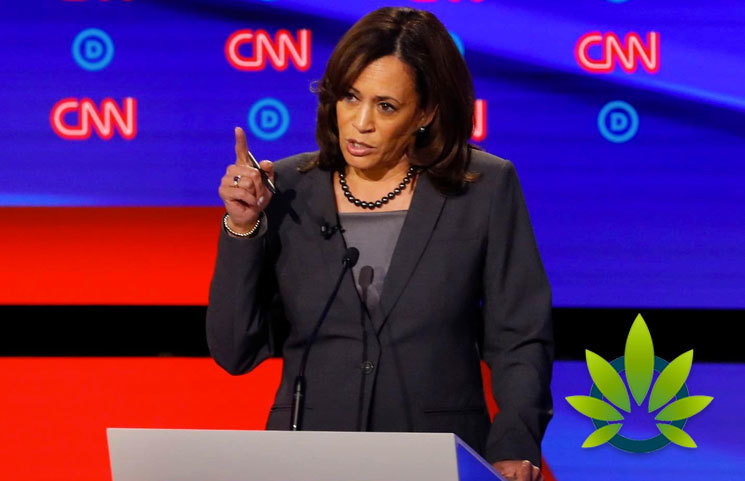 The Democratic debate is supposed to be a place where the potential candidates for the presidency can voice their stances on different controversial policies. However, it has also created a platform for candidates to drag each other in their different stances on important policies. Clearly, Rep. Tulsi Gabbard saw her chance and used it to take aim at Sen. Kamala Harris, sparking one of the more exciting moments of the debate on Wednesday. Gabbard voiced her concerns over the stance that Harris has on the death penalty, marijuana, and even her criminal justice career.

With notes on these topics, Gabbard explained,

“Sen. Harris says she’s proud of her record as a prosecutor and that she’ll be a prosecutor president. But I’m deeply concerned about this record.”

“She blocked evidence that would have freed an innocent man from death row until the court’s forced her to do so. She kept people in prisons beyond their sentences to use them as cheap labor for the state of California.”

She segued to Harris’s experience with marijuana and her criminal justice career as well, saying,

“She put over 1,500 people in jail for marijuana violations and then laughed about it when she was asked if she ever smoked marijuana.”

Harris admitted in a radio interview in New York City in February that she has used marijuana herself before, explaining that it “gives a lot of people joy, and we need more joy.”

In response to these statements, Harris said that her work as the attorney general in California, which involved,

“significantly reforming the criminal justice system of a state of 40 million people, which became a national model for the work that needs to be done.”

She added that she is “proud of that work.” and continued, saying,

“I am proud of making a decision, not just giving fancy speeches, or be in a legislative body and give speeches on a floor, but actually doing the work of being in the position to use that power that I had to reform a system that is badly in need of reform.”

Gabbard decided to direct her statements directly to Harris, commenting that Harris did not take the opportunity to, “make a difference and an impact” on the residents. She added that Harris blocked evidence that would have otherwise allowed these prisoners to go free. “You owe them an apology,” Gabbard stated to Harris.

Harris replied that she has maintained a stance against the death penalty for her whole career on a personal level, and “that has never changed.”