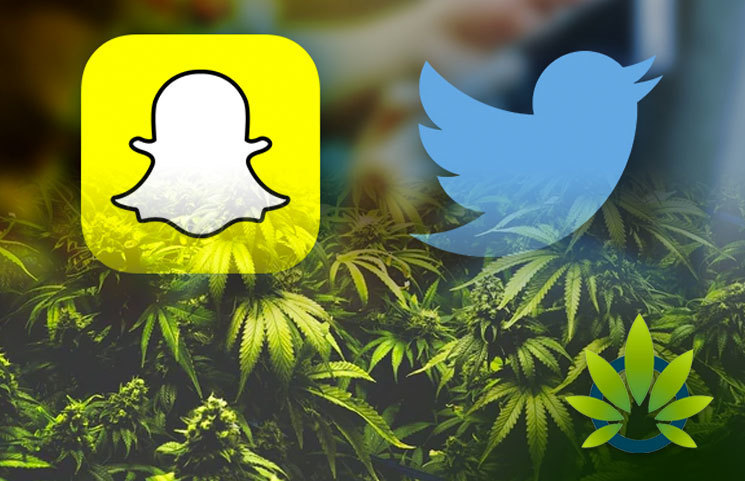 Twitter Inc. and Snap Inc. are gambling that they can profit off the budding cannabis industry by running product ads from licensed producers. This is a test on Canada’s restrictive laws on marketing pot.

Canadian regulators have declined to comment on the ongoing investigation into an ad ran on Snapchat by ads Hexo Corp. Both Twitter and Snapchat have published ads for some of the biggest cannabis companies in Canada like Aurora Cannabis and Hexo who advertise medical cannabis products and brands on their social networks, according to ads screenshots obtained by MarketWatch.

As Toronto Raptors fought their way into the National Basketball Association Championship, Hexo went far to sponsor a Snapchat filter for users at a Toronto playoff game.

Smaller rivals like Zenabis Global have also had interests in advertising on social platforms. According to Zenabis chief marketing officer Mandeep Khara, Zenabis was the first company to participate in beta tests on Twitter for the ad platform. Facebook and Google do not allow ads for recreational drugs like pot. Asked for a comment about this, Facebook did not respond.

However, Google Spokeswoman Nicole Bell wrote a statement on email saying that all marijuana and advertising keywords are covered by Google’s dangerous products and services policy. This applies even in the areas where cannabis is legalized for medical uses. The policy also applies to all Google ads and in Google’s ad network that includes search, display, in-app, and video ads. Currently, there are no plans to change the policy.

In an email to MarketWatch, Twitter through its spokesman acknowledged that the company would accept marijuana ads and pointed to Twitters’ policy. The company did not comment whether or not it had banked revenue from cannabis ad sales.

A Snap spokesman declined to comment on how big of an advertiser base Canada cannabis producers are, claiming that the company only allowed cannabis ads after cannabis was legalized on October 17.