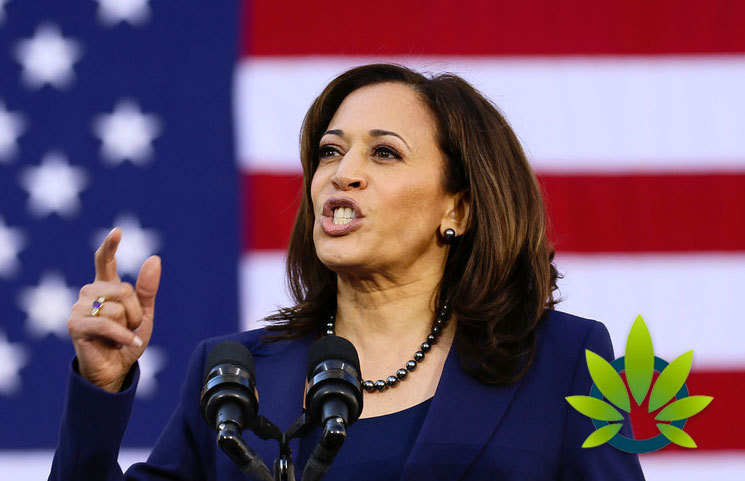 With the Presidential election coming up in 2020, it is important to look at each candidate to understand where they have stood historically in terms of marijuana law and where they currently stand. Democratic candidate, Kamala Harris, has an important stance that deserves a more in-depth look. Harris is the current Senator of California and former state Attorney General. Her stance on marijuana law is that she wishes to legalize it as part of criminal justice reform. Further, she intends to reform federal sentencing laws, end private prisons, and push states to prioritize the treatment of those with drug offenses. Finally, she wishes to expunge marijuana offenses from criminal records. In the United States, marijuana remains illegal under federal law and is classified as a Schedule I substance.

Harris appears to be a long-time advocate for the legalization of marijuana as a criminal justice reform issue. She highlights the inequitable incarceration rates of people of color facing marijuana related charges. However, her pro-legalization stance is fairly recent. In 2010 she opposed a measure that would have aided legalization in California. Again, in 2014, she opposed legalization. In 2015, however, Harris advocated for the federal decriminalization of marijuana at the DNC. This support conveniently occurred in the same year that she announced running for the state Senate. Since that date, she has become increasingly more pro-legalization. In 2018, she even co-sponsored the Marijuana Justice Act. This was also coincidentally in line with her announcement for presidential candidacy.

It is clear that she is in support of legalization as it will help her campaign given that the majority of Americans are in fact in support of legalization. This begs the question, however, of what she will actually support and put into action if she is indeed elected as President. With that said, her support of the legalization of marijuana in the name of criminal justice reform is not misplaced. Her recent sponsorship of the Marijuana Justice Act of 2019 proves that she is willing to put her words into action. Voters should still tread with caution as her support in the past has been inconsistent. Her past opposition and inaction on legalization prompt concern for her intentions and follow through.