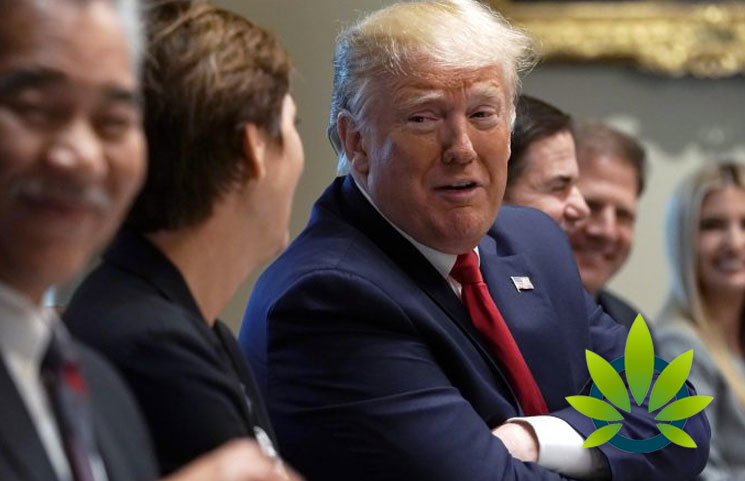 Legalization is a major topic of discussion around the upcoming election, and the majority of the Democratic candidates that are fighting for this reform. President Trump has refrained from stating a side on this issue, but it looks like the cannabis industry is getting a boost with potential support.

On Thursday last week, Elizabeth Warren and Cory Gardner collaborated on the Strengthening the Tenth Amendment Through Entrusting States Act (STATES) announcement. With this bill, the states are given control over their marijuana laws, which also allows these policies to be developed in Washington, D.C., territories of the US, and federally recognized tribes. Presently, President Trump is listed on the bill, and even told reporters that he supports Gardner, adding, “We’re looking at it. But I probably will end up supporting that, yes.”

This bill is being called “the most significant piece of marijuana-related legislation ever introduced in Congress.” Cannabis businesses will have access to banking services through the bill, which previously wasn’t allowed because it was considered to be trafficking. However, the bill doesn’t technically legalize marijuana at the federal level, which Gardner points out.

“If a state like Oklahoma or Kansas or Nebraska chooses not to do this, they do not have to. The federal law remains the same. Nothing changes for them.”

STATES will also protect marijuana businesses in the states where marijuana is legal, ensuring that the states rules can’t be targeted by the federal government. However, the Controlled Substances Act is still active at some level, preventing cannabis from being distributed at rest areas and truck stops. Adult use is only permissible above age 21, except for medical purposes.

So, the big question is – will President Trump actually legalize marijuana? He’s typically been vocal about the topics he supports on social media. He hasn’t discussed much on the view on cannabis, though a recent Growth Op article said that President Trump could easily make the legalization of marijuana a key platform for the election next year, which could secure younger voters. However, it is likely that Trump’s decision to support legalization will primarily depend on who the Democratic opponent is.