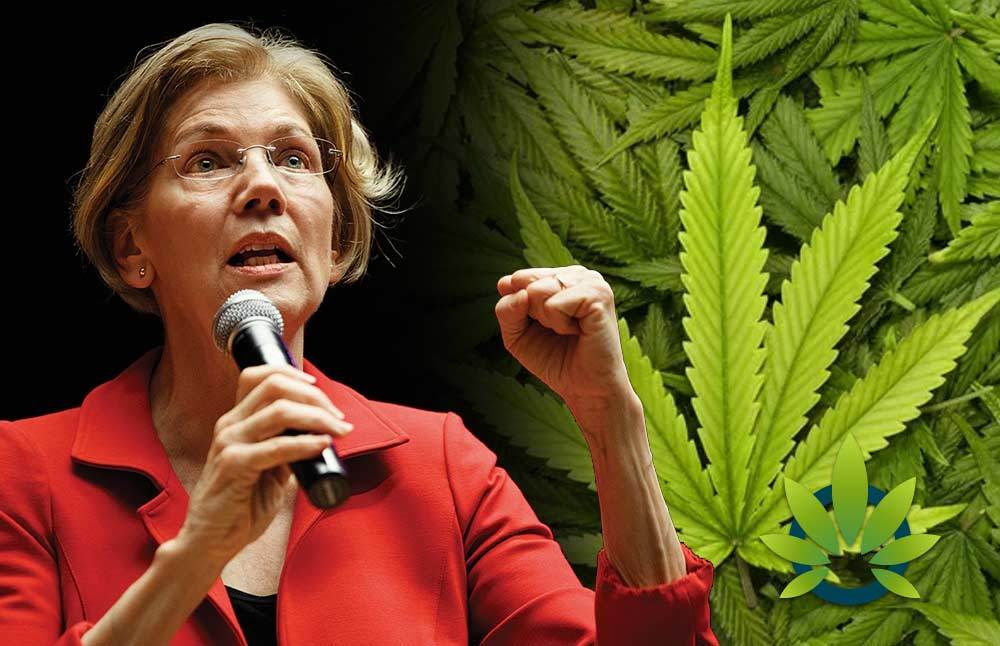 Presidential contender Elizabeth Warren recently announced that she is establishing an exploratory committee before her 2020 presidential run amid a primary that is likely going to be quite crowded.

Warren is recognized as a consumer advocate and has even established a reputation as an advocate for modernized marijuana laws. She has co-sponsored several significant forms of legislation for the legalization of marijuana, including two bills by Senator Corey Booker, called the CARERS Act. The purpose of this act was to protect medical marijuana use from federal enforcement. Marijuana is illegal under federal law.

The act also provided for more research into marijuana. The second form of legislation that she has been a part of is the Marijuana Justice Act. This Act eliminates marijuana from the Controlled Substances Act. It also reduces funding for states that have laws that lead to the discriminatory enforcement of marijuana.

Tweeting seems to be a big project for Warren as well. Two years ago, she tweeted “Medical marijuana might be a viable alternative to opioids for pain treatment, but truthfully, there’s a lot we just don’t know.” She also stated around that time, “I’ll keep pushing our federal agencies to reschedule marijuana as part of crafting a rational research and public health strategy.”

Though Warren has not always taken a pro-position concerning marijuana, today she may just be one of the leading advocates for ending prohibition of marijuana by federal authorities. It’ll be interesting to see how this goes forward, especially if she makes it to the presidency.