Medical Marijuana Progresses Across the US, Except for These Three States
Advertisement 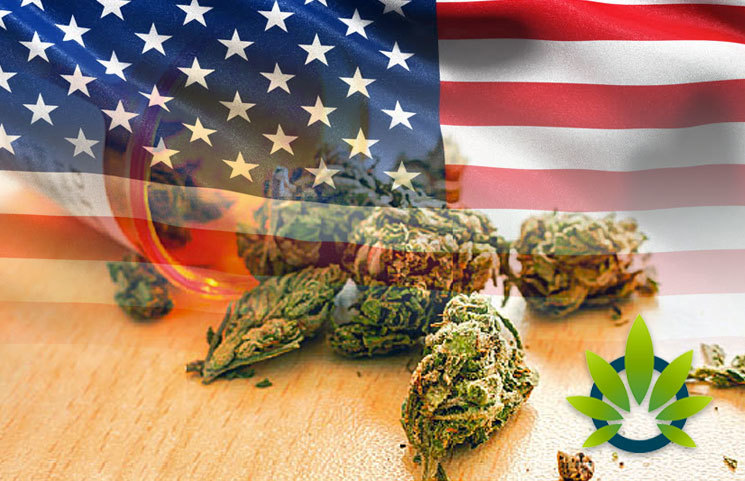 The progression of the legalization of marijuana has been touching on nearly every state, which shows that the public is interested in the end of the prohibition in some capacity. Even the most conservative states have issues some kind of policy, but not every state is on board. Right now, the last remaining states without any policy for medical marijuana at all are Idaho, Nebraska, and South Dakota, so what’s going on?

Other states have buckled down on the War Against Drugs in their own ways. In Mississippi, for example, CBD oil was legal before the Farm Bill took effects, though they still sentenced an Oregon man to jail for over a decade from a possession charge. In Oklahoma, despite being fairly friendly to marijuana entrepreneurs, authorities seized a hemp shipment. However, Idaho, Nebraska, and South Dakota are a different story.

No medical marijuana is allowed in these states at all. There’s a law in 2017 in South Dakota that allows residents to get CBD only oils. However, the only way that this is available to consumers is with official approval by the FDA for CBD products, which will most likely take several years.

The initiatives to make medical marijuana legal in these states is voted on through ballots in the local elections, and there are already activists in all three of these states to add the issue to the 2020 ballot. However, even if they succeed, it could take years to give local citizens access to marijuana, and there will be major possession laws to deal with.

Legal cannabis first made its mark in the east, which is why it is interesting that Idaho hasn’t joined in. The stubborn state seems to side with California and Colorado for their flouting of the federal laws, but they have taken the side of creating stronger laws for the current schedule I controlled substance. In this area, possession of up to three ounces comes with a $1,000 fine or a year in jail. However, anything over three ounces is considered a felony, and growing the substance comes with up to 15 years in prison.

In Idaho, the authorities simply decided that the law doesn’t apply, after the Farm Bill passed in December. Even though the federal law says that any hemp with less than 0.3% THC is allowed, the law in Idaho states that any product with any amount of THC is forbidden, and any hemp shipment is subject to being seized by the state’s authorities.

Nebraska appears to offer the safest place for the anti-marijuana laws, but their possession laws are strict. The maximum fine that anyone can receive for possession of small amounts of cannabis is $300. However, if someone is caught selling any amount, they can receive anywhere upwards of a mandatory year in prison. Possessing any vape oil cartridge comes with a five-year sentence. Despite the rest of the states having some strong support for cannabis legalization, the mere idea that cannabis could be legalized in the state led to a crowd of protesters outside of the state house.

South Dakota used to take a much different path, as they decriminalized cannabis back in the 1970s. However, the law was “almost immediately” repealed, and the state has consistently shown their stance against adding medical marijuana, shooting down the ballot initiatives for this option in both 2006 and 2010 with large margins.

In order for these states to reverse prohibition, it is clear that the federal government will need to make some changes. However, as has been made clear in these states, the legality of marijuana federally may still not be enough.