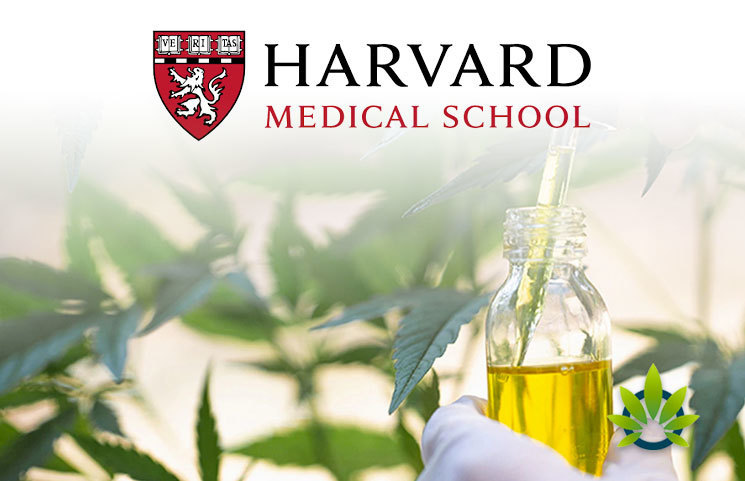 Addiction is a broad and difficult disease, which addiction psychiatrist and Harvard Medical School professor Kevin P. Hill would easily attest to. While the United States continues to panic over vaping related illnesses, which have impacted about 400+ people, the recent essay published by Hill is giving the public a new issue to focus on – a defense of “reefer madness.”

Around the time that the first few reports were coming up regarding a mysterious lung condition, Surgeon General Jerome Adams released an advisory on cannabis, which is the first occurrence of this happening in almost four decades. According to the current Secretary of Health and Human Services, Alex Azar, and the Surgeon General, cannabis is considered a “dangerous drug.” Furthermore, they allege that it is threatening to the health of youth and to pregnant women.

Adams warned, “This ain’t your mother’s marijuana,” while simultaneously stating that pregnant women seem to think that cannabis is risk free for their unborn child and themselves. He also declared that cannabis lowers IQ, drastically inhibits performance at school, and brings children to commit suicide.

The day after these statements, the official Twitter account for the Surgeon General alleged that legalization has led more youth to use cannabis. However, there have been many studies before this tweet that indicate the exact opposite is true.

Rather than explaining the many incorrect statements made, Hill doubled down, saying that the public has been taught a “historical narrative” that suggests that “weed is safe and good for you.” He points out that there’s a significant lack of scientific evidence to show any proof of the benefits of cannabis, but states that even toying with the idea of legalization suggests that cannabis is a substance that can be used “whenever, however, and with whomever we want.”

Hill continues on this soapbox, stating that there’s a correlation between high-potency cannabis and “potentially disastrous results.” Some of those results include physical dependence on the substance, a teenager plagued by cannabis-induced psychosis, and declining function invoked by the Surgeon General. Hill doesn’t even try to hide his belief that the claims aren’t fit to be examined critically, which is likely due to the similar and minimal evidence that Adams has.

He refutes the implied notion that legalizing marijuana is any indication of its lack of risk, asking, “Who, exactly, made such an implication?” The pro-legalization campaign has never suggested this idea, and any effort made towards legalization has consistently stated that marijuana and adolescents are a bad combination. Their rhetoric even states that cannabis is not made for using in public, and that any city has the power to ban cannabis for any reason they see fit. Whether seen from the political side or not, every effort to legalize marijuana has come with the understanding that there’s a risk, that only certain environments should permit it, and that it is not meant for anyone under age 21 to consume.

Supporting his statements that the public has been tricked into believing that cannabis is a safe substance, he refers to a survey conducted by a researcher from the University of California (San Francisco). The researcher/physician states that the evidence that cannabis is harmful is limited, even though there are already many studies that aimed to show harm and failed to make their point. However, the researcher states that there is some harm that hasn’t been discovered, even with documented use that dates back nearly 200 years. This study fails to make Hill’s point, and actually ends up discovering that many Americans believe that cannabis can be harmful.

According to reports from CNow, the potential worst part of the statements made by Hill is the connection between serious mental health issues and the increased availability of high-potency cannabis. The first problem with this argument is the claim that the “weed is stronger than ever before,” which has been claimed by cannabis opponents for decades. Reports in 1975 stated that cannabis was 20 times the potency that it was in the prior decade. Eleven years later, the NIDA stated that cannabis exceeded the potency in the 1970s by sevenfold. Then, in the 1990s, Joe Biden stated that the use of cannabis was like allowing the average consumer to use a “laser-guided missile” instead of a shotgun. Despite being rooted in truth, these statements are exaggerations that use very circumstantial and limited versions of that truth.

Clearly, the potency of cannabis has risen. Ten years ago, 11.1% THC was typical, while reports in 1988 showed 4.8% THC potency. While this was an increase, it is far away from being the level of a missile. However, the idea that cannabis is linked to the creation of health problems is highly unlikely.

The second part of his complaint – that cannabis is more potent, and all users use a more potent cannabis – is technically true. However, the worst thing that could realistically happen is an unpleasant edible experience, and there are labels on these types of products to warn about proper use for exactly this reason.

Still, to go through Hill’s entire article without recognizing the good points he makes would be a disservice to his research and hopes for the industry. He states that the industry needs better education on cannabis to create less of a gap between “the science of cannabis and public perception.” He also points out that the science is way behind society, and that the cannabis approved for federal research is too weak to be relevant to the scientific community.