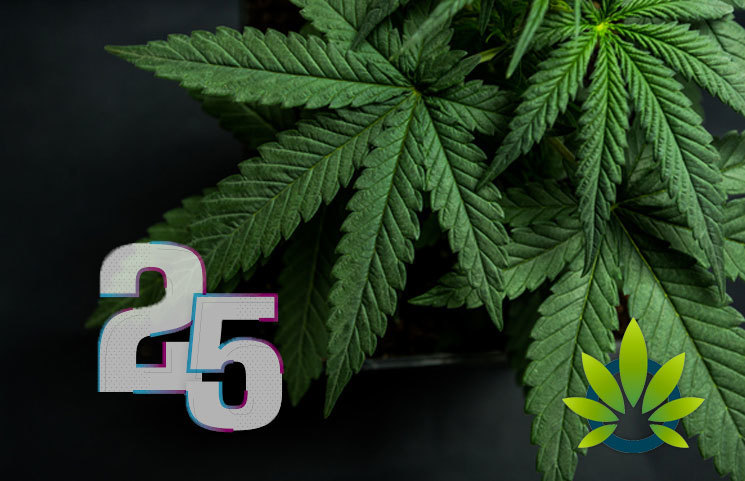 As awareness of the therapeutic benefits of marijuana grows, regulating bodies are under pressure to legalize this amazing substance.

25 Solid Facts That Prove the Usefulness of Cannabis

In a 2001 study compiled in the Journal of Cannabis, a group of scientists found out that about 70 to 100 percent of cancer patients going through chemotherapy got immediate relief from nausea after using marijuana. These results were more evident upon smoking cannabis than taking it in other ways.

2. For People with Multiple Sclerosis, Cannabis Helps in Muscular Discomfort

Multiple Sclerosis patients often complain of pains that inhibit them from enjoying their normal life. In 2012, a group of scientists found out that THC, a compound found in cannabis, soothes the contraction and cramping of body muscles that people with Multiple Sclerosis often face. This study has been documented at the Canadian Medical Association Journal.

Cannabis is commonly used to get rid of chronic pain. Based on a study done in Canada, Pharmaceutical products only offer half of the pain relief to 30-40% of people. About 40% of patients who use opioid painkillers add medical marijuana for enhanced results.

4. Cannabis Protects Cartilage in Osteoarthritis From Breaking Down

A 2016 research opens up another spectrum of cannabis benefits. This study suggests that THC plays a crucial role in guarding the cartilage common in osteoarthritis from breaking down. Thus, patients who use cannabis will not have to worry about the disease’s deteriorating factors

5. Cannabis Improves the Quality of Life of Parkston’s Disease Patients and Alleviates Tremors

A degenerative neurological disorder, Parkston’s disease makes the motor functions not to work normally. This condition comes with frequent seizures and limb shakiness that makes people find it hard to perform even simple daily tasks. A study done in the early 2000s showed that cannabis is capable of alleviating some tremors associated with this disease.

Hypertension is one of the most threatening conditions. Worst, it is a silent killer. A European study shows that cannabis can help in cutting down arterial blood pressure in hypertension patients.

A 2018 study shows that marijuana users have fewer depression symptoms. On the survey, a higher cannabidiol (CBD) ratio with lesser THC ratio was effective at combating symptoms related to depression.

Research shows that cannabis is an effective measure to protect people from Alzheimer’s disease and memory loss. THC in marijuana plays a crucial role in inhibiting aggregation, and thus reduces the chances of brain cells damage.

If inflamed skin remains uncontrolled, it becomes unattractive and may bring adverse effects. CBD in cannabis is highly potent in addressing dermatological problems and normalizing the target area’s immune function. It thus helps in the immunosuppression of the region inflamed more than what many skin lotions can achieve.

A 2013 study by the American Journal of Medicine indicates that there are lesser prevalence rates of obesity among cannabis users. Cannabis has compounds that enhance body metabolism. It also decreases stress hormone secretion by inducing a sedative effect.

In 2014, scientists proved that the growth of brain cancer cells might be controlled. CBD impedes aggressive glioma growth and can be used together with radiotherapy. You can find this study on the American Association for Cancer Research’s website.

As marijuana is good at softening hard tissues, it is an excellent tool in protecting soft brain tissues from more damage after strokes. Scientists claim that Little THC amounts in the bloodstream can reduce the chances of death after a head trauma by up to 80%. The 2011 study regarding this is present in the Journal of the American Surgeon.

13. CBD and CBG Cannabinoids are Useful at Treating Leukemia on Kids

A life-threatening bone marrow cancer, Leukemia is worse on children. Cannabinoids like CBD and CBG have proven to work synergistically in the bone marrow’s tumor cells annihilation.

14. Cannabis Solves Insomnia and improves Concentration in People with ADHD

Even before scientists started researching the therapeutic benefits of cannabis, people were already aware of the concentration and sleep effects that marijuana has. A group of German scientists dived deeper into finding the connection and observed that CBD indeed improves the signs of these factors on people that have ADHD.

Cannabis works well in lowering body cholesterol levels. According to scientists, cannabis-infused edibles are a perfect solution to softening hard arteries. Cannabis edibles treat atherosclerotic conditions, hence preventing heart attacks and ischemia. This study was published in 2005 and can be found in the Journal Nature.

On a 2015 research, a group of scientists attested to the fact that cannabis increases the efficiency of malarial medicines in treating malaria. This study was done on mice, and other benefits observed were lower stress and inflammation.

Even though some people use marijuana for recreational purposes, many people claim to use it as an alternative to alcohol. Alcohol is a significant cause of accidents on our roads, and in 2013, scientists carried out statistics to evaluate accidents in states where cannabis is legal, and in those where it has been banned. The overall difference in crashes was 10%.

Occasional cannabis users have been noted to have a higher sex drive. This is because marijuana has properties that reduce stress while enhancing euphoric sensations. This way, the user’s libido is increased. This applies to both genders.

Studies show that decriminalization of marijuana in some states has led to a reduction in criminal activities. A 2014 survey about the crime rate and drug usage showed that cannabis legalization reduced crimes related to homicide and assault.

20. Cannabis is a Good Replacement Therapy to Nicotine Smoking

A 2013 science survey found out that 40% of nicotine smokers who intended to quit smoking succeeded through using a cannabis inhaler as replacement therapy. Anytime these people wanted to smoke; they’d puff the inhaler and eventually got over the addiction.

21. Chances of Cannabis Overdose are Minimal

It’s ironical that some drugs like nicotine and alcohol are legal, yet they have toxic effects upon overdose. On the contrary, cannabis has extremely lesser toxicity. You need to multiply the toxicity of cannabis by ten thousand to attain a similar level of toxicity that such drugs offer. You can find this 2015 scientific report in the Journal Nature.

22. The Legalization of Cannabis would be of Great Benefit to the Economy

A 2012 study shows that legalizing marijuana would generate revenue of approximately 60 million dollars annually. Since cannabis has tons of therapeutic benefits, legalizing it would both work well for users and improve the economy.

Not only does marijuana destroy tumor cells, but also does it have significant potential in fighting infections caused by a special type of virus. Scientists have found out that THC has an efficacy of 80% to fight infections resulting from Herpes Simplex virus.

24. Cannabis Has the Potential to Prevent Diabetes

An American Diabetes Association shows that THCV in cannabis can control glycemic in people who have type 2 diabetes. THC also activates peripheral cannabinoid receptors, and this, in turn, regulates the metabolism of lipids as well as the pancreatic function.

Endocannabinoids play a big role in regulating moods. Endocannabinoids are brain chemicals that activate similar receptors as THC. A 2015 scientific research on rodents showed that endocannabinoids are not produced in enough quantities in persons with chronic stress. THC can fill up the scarcity and, can, therefore, be used as the chemical’s substitute. Additionally, marijuana can normalize all the chemical functions and cut down depressive disorder symptoms.

With all the science-backed facts, it is illogical to ignore the wonders of cannabis. However, more awareness and communication among science experts and regulating bodies might lead to cannabis regulation with time. This is a product that undeniably deserves to be in the global market.