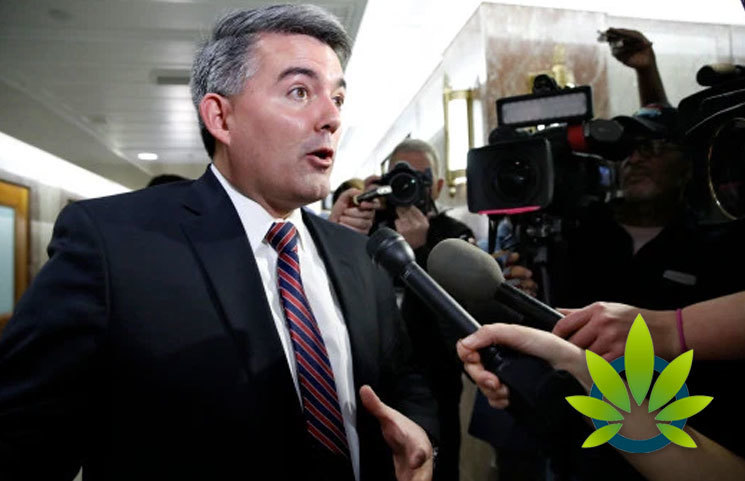 As Republican Senator, Cory Gardner makes his fight for the 2020 race, especially amidst the number of Democratic candidates that continue to work against his favor, the GOP Super Pac believes the former can push through. In particular, the area that may help Garner get hold of a California seat entails taking up on marijuana legalization reports Marijuana Moment.

According to the Senate Leadership Fund President, Steven Law:

“Cory Gardner is a tremendously facile politician […] because of where Colorado is on legalization of marijuana, he’s fighting for a state’s rights solution there that protects his state’s interests.”

While Gardner is still behind by a couple, it seems like former Colorado governor, John Hickenlooper was popular within the race, with an Emerson College Poll finding that he was 13 points ahead of Gardner. Given almost equal preference for Gardner and Hickenlooper, if the former were to focus on banks granting financial assistance to marijuana businesses, the entirety could supplement his running.

“it would be appear that the Senate leadership now views marijuana reform as a winning issue […] This may be good news for Senator Gardner, but it’s great news for reformers.”

National Cannabis Industry’s government relations director, Michael Correia, stressed how much digging in the past the Republicans have to do, especially since the 2018 election. In particular, he argued that “marijuana obstruction was not a winning position for House Republicans to take,” and if a similar approach were to be taken this time around, without any concern for voters, then the outcome will be no different.

While Gardner has played some role with the cannabis legalization, whether or not what he has done is adequate becomes the main question, as no real action has been taken in terms of passing bills. Clearly, actions speak louder than words, and in this case, what’s contributed, and the sooner Gardner realizes this, the more likely he will be in securing a seat.