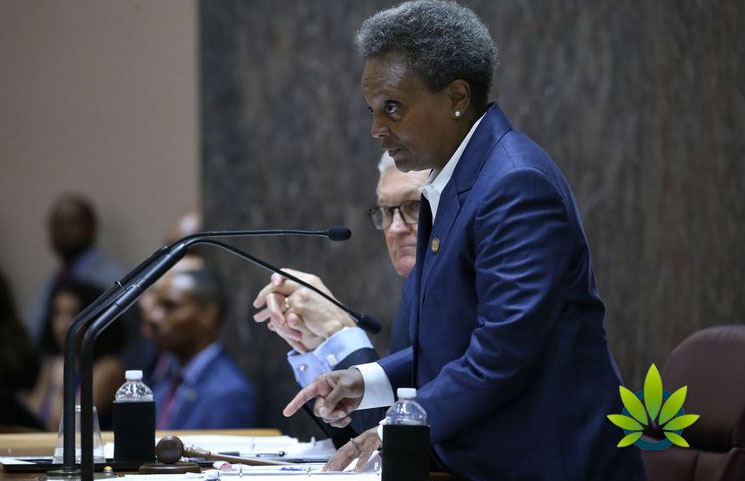 Lori Lightfoot, the mayor of Chicago, has introduced new guidelines at a City Counsel meeting this week, according to a NBC Chicago report. The guidelines would reduce marijuana fines, and ensure that the city’s code aligns with the state’s legal cannabis laws.

The guidelines would reduce the penalties for unlawful possession from $500 for first=time minor offenses to only $50. The guidelines also indicate that the city’s police will not automatically impound vehicles that have any amount of marijuana.

Lightfoot shared in a statement that the cannabis enforcement laws are unjust and outdated, and that they have adversely and disproportionately affected the city’s black and brown neighborhoods. She further added that legalization of cannabis in the state presents a powerful opportunity for policy reform, and to correct generation-old wrongs of the past as the city works to ensure safe, fair, and responsible implementation.

Under the ordinance, officers would also be educated on the state’s new laws, and they’ll be provided clarity on which areas the substance is illegal, such as smoking in public places, in a vehicle, or where prohibited under the Smoke Free Illinois Act.

Superintendent Eddie Johnson also stated in a statement that overturning outdated cannabis laws would allow officers to have a smart, sensible, and safe framework that prioritizes the public safety of the city’s residents. Further, in the coming months, the department will work to ensure that each officer has the necessary training and tools to enforce the reformed laws in the city’s communities.

Last month, Lightfoot presented marijuana zoning rules, which passed by ordinance, according to a Chicago Tribune report. However, Ald. Jason Ervin had concerned about loopholes in the zoning rules concerning state law on recreational sales. Eleven medical marijuana dispensaries are operating within the city, and according to the report, they will switch to a more profitable recreational plan at the start of the new year.