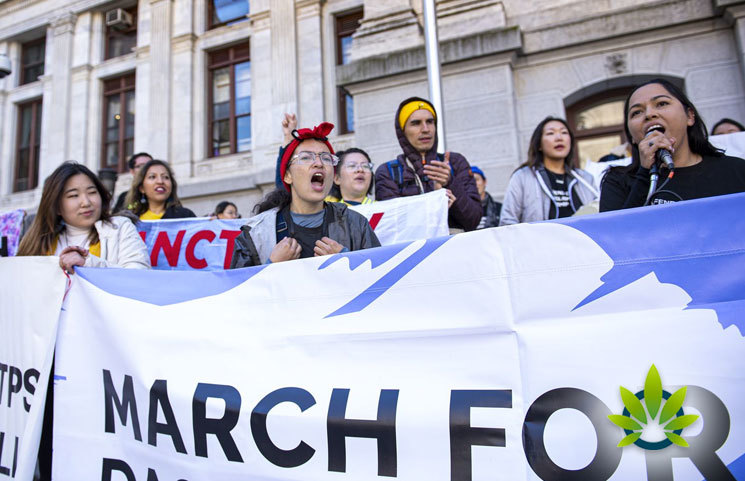 On Tuesday, the Supreme Court heard oral argument in a case involving the Deferred Action for Childhood Arrivals (DACA). During oral argument, the Justices asked the attorneys a question on the difference between President Trump’s issuance of memos ordering that DACA be wound down and the Former President Obama’s Justice Department told prosecutors not to prosecute marijuana cases where the substance was legal, according to Marijuana Moment.

Attorney Theodore Olson responded and stated he did not believe that there would be a difference. He also added that the comparison wasn’t valid because DACA “invited [Dreamers] into the program, provided other statutes which have not been challenged by the government, provided benefits that were associated with that decision, and individuals relied upon that for five years.”