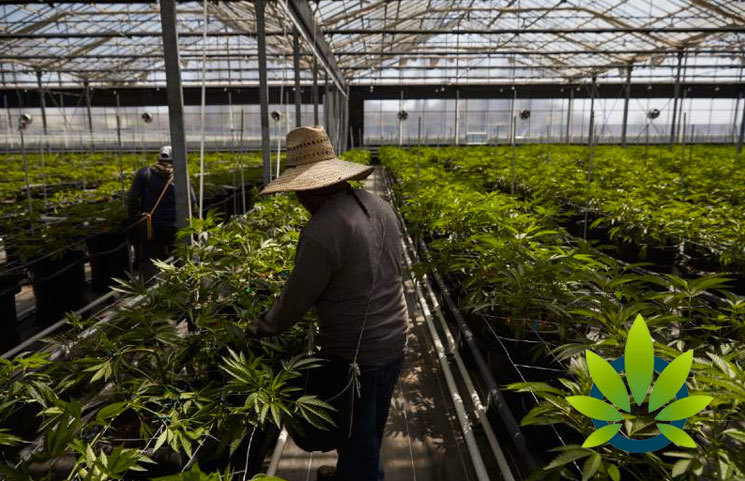 In the United States and Europe, the desire to get involved with the CBD industry is massive, leading many companies to launch their products and wait for the profit to start coming in.

However, a recent article surfaced from HT suggesting that the influx of CBD could lead to a much different fate – a violent crash – before the year even ends. Analysts estimate that the US is already exceeding the production of hemp that could be reasonably consumed by eight times over, and that isn’t a good sign for the market. Co-CEO Chase Nobles of Kush.com commented on this production, saying:

“With many businesses and farms still just expanding into the industry, the boom in growth is leading to a massive price crash in all forms of the product.” He added that the derivative prices are falling, even though the farms are choosing to hold onto their prices, which may “make the crash swift when it happens.”

Kush estimated that, based on the 180 million lbs. of biomass that would bring in approximately 4.7 million kg of isolate this year, the market demand would only be one-eighth of what is produced. The average price per percentage point on 10% raw CBD material was $3.94 in July, but Nobles believes that this price will go down to $2.30 when early harvests are accounted for, and the price will only get worse in October.

In August, the price continued on their downward trend for biomass, and HempBenchmarks.com reported discounts on larger volume deals. HempBenchmarks stated that the main reason for the lower biomass prices has to do with the producers that are looking to eliminate old, low-quality plant material, though they also credit the degradation of CBD potency through the year.

Oversupply issues in the US have also adversely affected European stakeholders, as the US has continually been a major hot spot for CBD producers in Europe. Even from August last year to August this year, the prices were cut in half. One major player in the European market noted,

“We’re having to adjust prices monthly because there is so much isolate out there. We have no idea where the pricing will bottom out.”

The only time Noble says that he has seen this crash phenomenon in action was with the legalization of marijuana in Oregon and Washington state. The sudden legalization came with a high demand from consumers, but the supply wasn’t prepared, leading prices to jump. This situation is unfortunately much worse and led farmers to increase their production with the hopes of securing profit from these inflated prices.

Considering the seasonality of farming, it is difficult to know what other farms are producing, and each massive harvest contributes to a massive price crash. When local farms come away with little to no profit, they are essentially forced out of the industry.

Noble commented, “Farms that go out of business are typically bought by a naive purchaser, who repeats the same mistakes of overproduction without building downstream demand or growing under contract.”

USDA to Spend Half a Million on Hemp Cross-Pollination Research

Billions Worth of Hemp Crops May Be Lost Due to Inexperienced Farmers: Whitney Economics