Billions Worth of Hemp Crops May Be Lost Due to Inexperienced Farmers: Whitney Economics
Advertisement 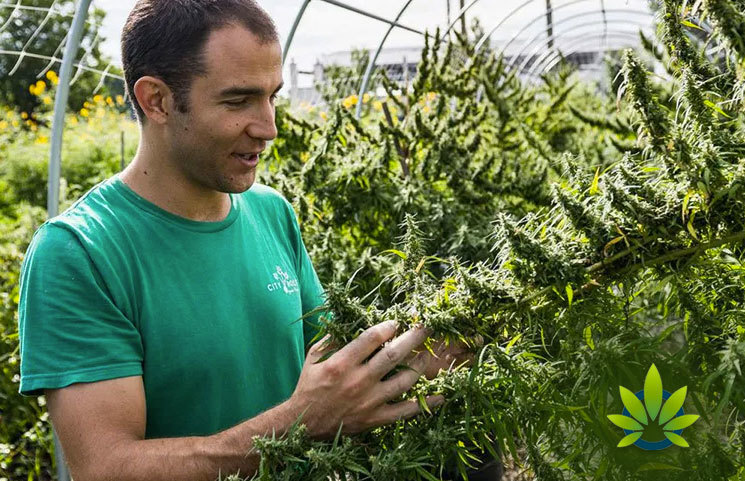 The US hemp industry started off with a lot of high hopes and dreams from farmers that hoped to become wealthy with what the crop could bring to them. The substance arose as an alternative to mainstream crops that were victimized in a trade war, but the excitement seems to be wearing off, cloaked in fear and apprehension now.

Growers sought out hemp options as a way to gain profit, and the first year of widespread cultivation resulted in four times the planting as the years prior. From hemp, companies were able to extract cannabidiol, or CBD, which is the non-psychotropic substance that comes from cannabis. CBD is fully legal with the 2018 Farm Bill, and it has already been added to a number of different products from other sectors, touching on everything from dietary supplements to skincare products.

Hemp cultivation was fully legalized with the bill, but the Food and Drug Administration has yet to create clear regulations to allow CBD to be used in food and drinks. With this uncertainty in the regulatory environment for hemp, there are many companies that are essentially at a standstill, like Delta Separations. This California-based manufacturer has made a fortune with the sale of extraction machines, but there’s a chance that $7.5 billion in hemp may end up rotting away, due to the lack of regulation.

Roger Cockroft, the CEO of Delta Separations, spoke with Chicago Business in a phone interview, stating, “There hasn’t been the ability to install the infrastructure to support” this crop. He added, “Farmers are scrambling.”

While these changes continue to evolve, many banks have refrained from lending to cannabis-based businesses that could be connected to marijuana, whether the business is directly involved with this crop or hemp. Congress has already federally legalized both industrial hemp and CBD, and there have been multiple bills submitted to the federal government to protect banks that decide to offer services to these types of companies.

Based on data collected from the Department of Agriculture on September 12th, there were 142,691 acres of hemp seeded in this year alone. With the consideration that some farmers may be withholding their crop data from the government, it is possible that hemp will account for closer for 230,000 acres this year, according to the Vote Hemp advocacy group.

Beau Whitney, an economist for Whitney Economics, commented that the rapid rate of growth in the market has forced the federal government to be stuck in a state of catching up. Whitney Economics is a company that tracks data on the cannabis industry.

One farmer named David Diekhoff had planted one of the 1,500 acres of his farm with hemp, along with existing soybeans and corn crops. He has a family history of working with hemp, as his grandfather had grown the crop to make rope used in World War II. However, he is planning to use the hemp flower to create CBD and is hoping to secure a buyer before he harvested at the end of October. Like many other farmers, his goal was to “get in on the ground floor,” he said, due to the newness of the opportunity.

According to a survey by Whitney Economics in July, approximately 65% of hemp farmers were unable to find a buyer for their crop, whether before or after the harvest. The ones who have managed to secure contracts may end up with a cash crunch. To make matters worse, there could be greater struggles ahead in the field for farmers, as hemp requires very specific harvest protocols, requiring the crop to be dried after it is collected, but before CBD extraction can take place.

Whitney commented that all of the supply that has been created will not likely reach the market, and that may help soften the price drop. Instead, he pointed out that hemp is a new crop for many farmers, which means they don’t have the necessary experience to go through the process of harvesting and drying. Instead, he predicts, “They’ll dry it in the fields, it’ll rain, it’ll mold.”

In the meantime, Diekhoff doesn’t seem concerned about the timing, saying, “I don’t worry about it. I think it just depends on your skills of marketing.”.

CBD Market Could Soon Crash, Due to Massive Hemp Oversupply

Kentucky to Accept Hemp Cultivation and Processing Applications on Nov. 15