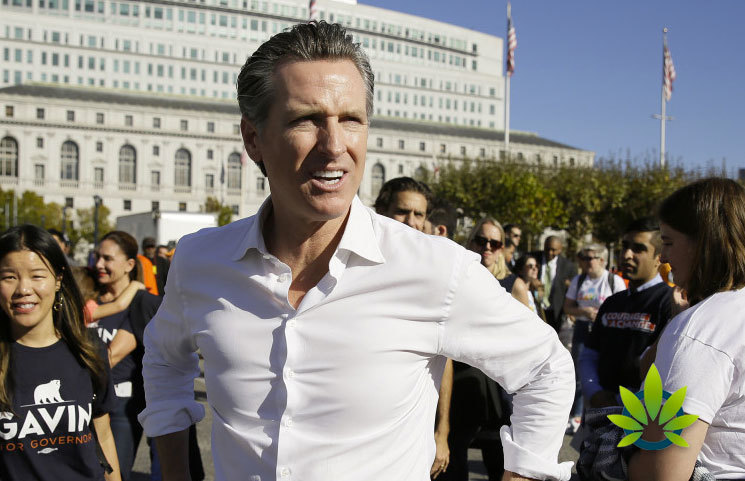 California Governor Gavin Newsom has signed a slew of marijuana bills. Of the ten reportedly before him, he signed eight of them. The bills had to do with a range of issues, such as taxes, dispensaries, charitable donations, and more.

In addition to these major bills, several others were signed. The bills signed include AB 420, which permits the University of San Diego to have a Center for Medical Cannabis Research and to also host a California Cannabis Research Program.

As for SB 34, this bill permits marijuana ratilers to provide medical patients with free products. The patients must meet specific criteria to qualify.

Further, under SB 595, the state’s licensing authority will be able to provide deferrals or waivers concerning licensing, application, and renewal fees for businesses that show a need.

Other bills singed into law include AB 185 concerning prohibitions on marijuana advertising, and AB 858, concerning outdoor cultivation of cannabis.

There are two bills that were vetoed, which are AB 1085 and AB 305. The former deals with cannabis tax funds to school programs, and the latter with medical cannabis in healthcare facilities for terminally ill patients.