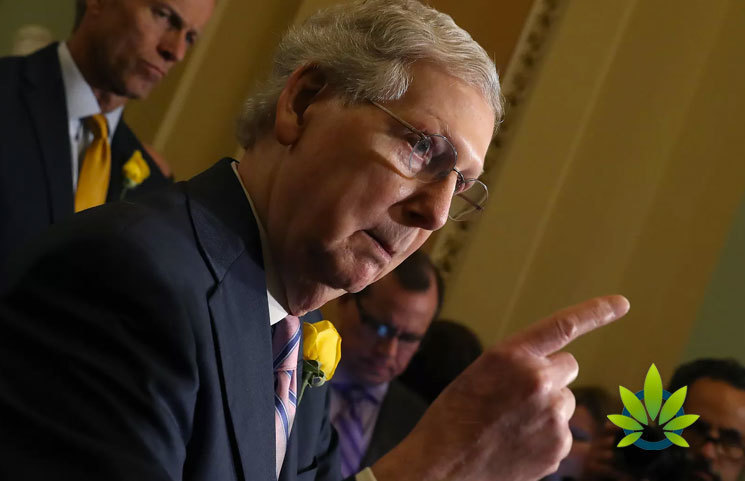 Mitch McConnell, the senate majority leader, is reportedly taking a trip to California in which he will be meeting with executives from the cannabis industry, small business owners, and advocates. The meetings will touch upon topics such as banking reform for businesses. Although California has a cannabis industry, marijuana is illegal under federal law. As a news report by WTOP news explains, “Banks typically cannot offer financial services to marijuana-related businesses because marijuana is still federally illegal.”

Marijuana Moment reportedly spoke to source's who are familiar with the senator’s activities, and the sources vaguely discussed his activities. However, they did not share who will specifically attend the meetings, or which facilities he will be touring.

According to The Hill, McConnell is a “wild card.” For instance, he has spoken against marijuana legalization and referred to hemp as CBD’s illicit cousin. In light of McConnell’s past positions, these steps could be characterized as beneficial and helpful for the marijuana and hemp industries.

In another report by Politico, it referred to McConnell as a hemp backer, but that he had also previously opposed more liberal marijuana laws. In another article by Forbes, it shared McConnell’s position on hemp in a positive light. For example, he had attended a tour at the University of Kentucky's hemp farm with several other individuals, such as Ryan Quarles, the state’s Agriculture Commissioner. During the tour, McConnell reportedly asked a reporter whether broader marijuana legalization is inevitable.

In any case, regardless of the past, it is the present and future that matter and based on recent actions, it appears to be positive.