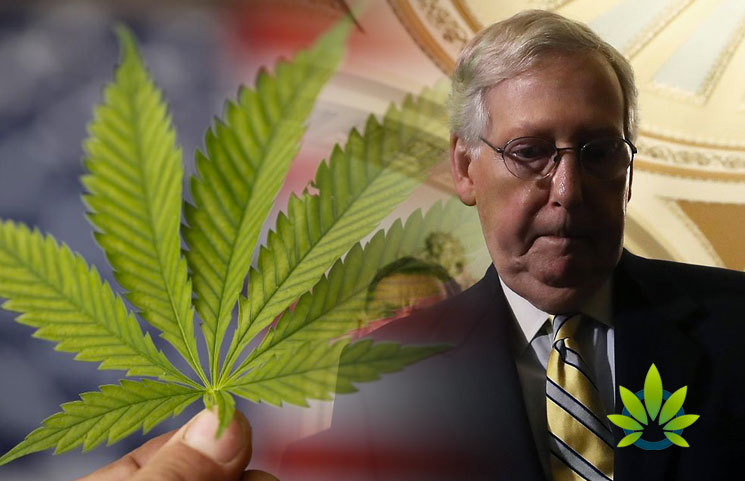 The close relationship between hemp and marijuana tends to make the public, as well as lawmakers, a bit uncomfortable. There are even some states that haven’t allowed for the use of hemp for the fact of how close it looks to its “illicit cousin.” Now, Mitch McConnell, the Senate Majority Leader, has added language into a spending bill that requires the Drug Enforcement Administration (DEA) to find technology that would allow the authorities and scientists to see the difference.

This provision was added in an effort to fund the Departments of Interior and Commerce for Fiscal Year 2020, hoping to support the regulators and the hemp manufacturers that need to test crops for less than 0.3% THC. The 2018 Farm Bill states that the legal definition of hemp states that no more than this trace amount of THC is required.

McConnell pushed for the measure that legalized hemp and its derivatives at the federal level, and he’s consistently devoted his efforts into protecting the industry he helped to legalize. He even backed newly added provisions to an appropriations bill last week, which gives the US Department of Agriculture the funding it needs to develop and implement regulations for hemp.

Of the most recent provision, McConnell stated,

“I stand ready to work with Kentucky’s hemp producers to address whatever challenges arise as they explore the full potential of this remarkable crop.” He added that it is “critical” for law enforcement, ensuring that hemp is treated like “any other legal commodity.”

The press release from McConnell shows that the DEA is instructed to “identify or develop on-the-spot field testing technologies” that would “enable law enforcement to distinguish between hemp and marijuana.”

In March, the DEA stated that they were requesting assistance in the creation of a device that “provides specificity” in finding the difference between the cannabis cousins. Two months later, McConnell added to a disaster relief funding bill, detailing that entitlement that hemp farmers have to crop insurance.

Apart from the advocacy for the hemp industry, the senator has urged the FDA to create the rules that would pave the way for CBD to be considered an approved ingredient for supplements and food. He pushed for the department to issue guidelines regarding enforcement discretion, which essentially means that the FDA would only go after bad actors in the development of long-term regulations.