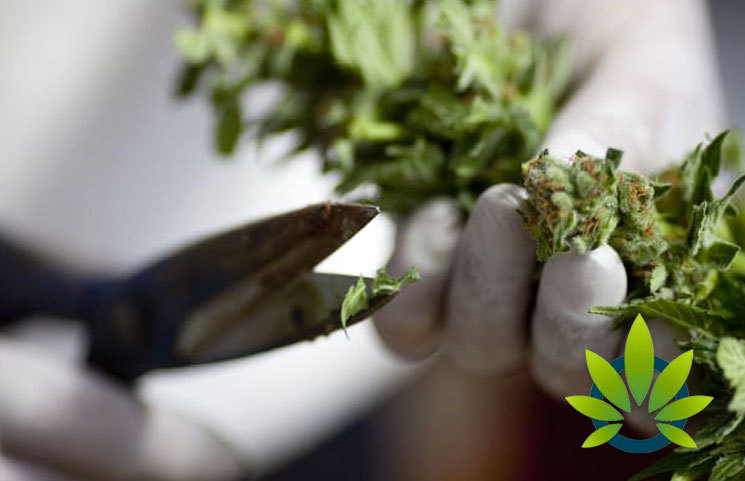 One of the biggest issues that is holding the cannabis market back from being fully accepted across the country is the lack of research. Luckily, the Drug Enforcement Administration (DEA) has made a new announcement that will allow for more of this research to take place. According to a Twitter post from the DEA headquarters, it looks like the company will increase the number of marijuana manufacturers that are federally authorized to speed along their research.

.@DEAHQ is moving forward to facilitate and expand scientific and medical research for #marijuana by increasing the number of qualified growers for research. We’ve already increased by 40% in 2 years from 384 to 542. pic.twitter.com/Q26oggZefA

When the DEA originally announced their need for these growers, the agency received 22 applications. However, due to the “unprecedented” volume of inquiries, more people are necessary. In the last two years alone, the agency has gone from 384 qualified growers to 542 growers, which is a 40% increase.

The notice states that the DEA would soon put out regulations that would replace the policy statement that was made in 2016. The new regulations would “govern persons seeking to become registered with DEA to grow marihuana as bulk manufacturers, consistent with applicable law.” The notice added that the agency understands the need for more growers to be registered, rather than keeping a “single grower system.” For anyone that wants to weigh in on this process of establishing new regulations, the DEA plans to open a public comment period.

Attorney General William Barr said in a press release that he is “pleased” to see the movement from the DEA to review the grower applications in an effort to promote new research. He added, “The Department of Justice will continue to work with our colleagues at the Department of Health and Human Services and across the Administration to improve research opportunities wherever we can.”

By approving these new applications for cannabis growers, the DEA will be looking for “additional strains of marihuana” that can be available to their researchers. The agency explained that the researchers will be able to gain a greater understanding about the effects that marijuana can have, while making it possible to develop safe and effective drug products. In doing so, the products “may be approved for marketing by the Food and Drug Administration.”

Currently, both lawmakers and scientists state that the current cannabis that is authorized by the federal government for research isn’t adequate, adding that the quality is close to that of hemp, rather than marijuana. Without creating a product that is more like the products that consumers get in dispensaries, the research is ineffective and useless.

Despite this progress from the DEA, the supporters of cannabis legalization are skeptical, to say the least. Erik Altieri, the executive director of NORML, commented that the news release doesn’t provide any timeframe on when the new growers will be licensed, even though there are some applications that have been pending for years. He pointed out that the DEA has been speaking on this effort to increase growers for the last three years and says that this announcement “only reveals that … they have essentially achieved zero progress,” and that nothing will change without new regulations.

Queen Adesuyi, policy coordinator for the Drug Policy Alliance, stated that the biggest damage created with marijuana use has been the governments decision to criminalize it and over-enforce that criminalization. She called these steps by the DEA “modest steps in the right direction at best,” adding that removal of marijuana as a Schedule I drug would be the best way to improve the research.

The new notice indicates that the DEA has been working with other federal agencies to make sure that the research they perform is in line with the laws and treaties of other authorities. However, the only progress that the DEA has made is that they are able to issue Notices of Application, and the Department of Justice has already notified the DEA that they may need to change certain aspects of the growers’ program.

A federal court order was due to reach its deadline only a few days after the announcement was released by the DEA. However, Dr. Sue Sisley, who was part of the lawsuit that granted this deadline, states that the DEA will likely be unable to deny all of the 33 applications submitted. She added, “So somebody NEW is FINALLY going to get to grow for research in U.S. after 51+ year government-enforced monopoly.”

One of the grower applicants listed in the notice was Scottsdale Research Institute, where Sisley is employed. Other applicants that may ring a bell include Columbia Care NY, Confederated Tribes of the Colville Reservation, PharmaCan, the University of California at Davis and the University of Massachusetts.

As the DEA moves along on these applications, the DEA stated that registration by hemp manufacturers are no longer required, since the Farm Bill legalized hemp at the end of last year. However, if they have already requested registration, they will need to write a letter to the DEA to withdraw the request by November 1st. In doing so, they will also receive a refund on any fees paid during the process.