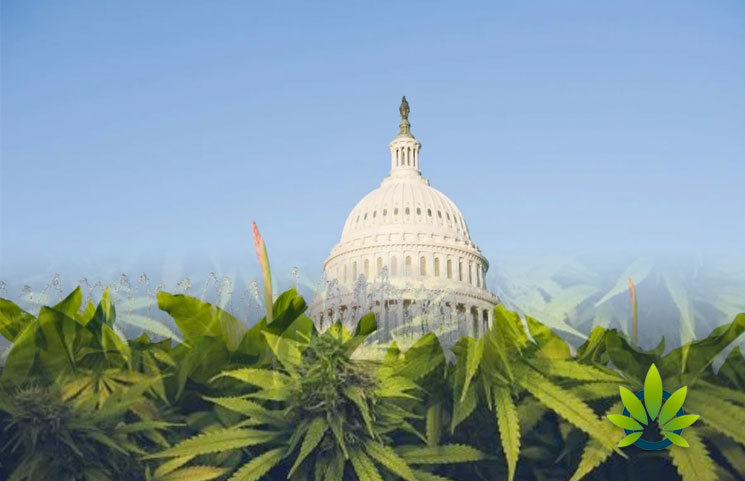 On Tuesday, October 8, marijuana advocates carried a 51-foot fake weed joint in demonstrations outside Congress. The protestors want to see the Senate pass the SAFE Banking Act that will safeguard the cannabis industry. The symbolic joint had the message “Congress pass the joint” printed on it. The “giant” marijuana blunt was ferried along Capital Hill in the nation’s capital by aggressive marijuana advocates. The SAFE Act once passed, will protect the marijuana industry from discrimination by the banks and other financial institutions. Many banks have been labelling legal marijuana transactions as being illegal.

HR 1595, the SAFE Act, was passed in the House of Representatives with a vote of 321 to 103 in September. The Act is now awaiting to be considered by the Senate. Since the Republicans are very hesitant to passing pro-cannabis law, marijuana advocates are worried that Senate may not pass the SAFE Act. Mike Crapo, the Senate Banking Committee chairperson, is yet to vote for the SAFE Act in the Senate. Cannabis activists want Mike to vote for the Act since no further movement can be done on it without him first voting in its favor. Mike Crapo supports the cannabis and hemp industry but Many still think he won’t vote in favor of the Act because the Senate majority leader, Mitch McConnell, may not be of the idea. It is most likely that HR 1595 will be attached to other laws rather than being legislation on its own.

The demonstration on Capitol Hill was organized by the District of Columbia Marijuana Justice (DCMJ), a marijuana educational and advocacy organization. They were joined by other activists who believe that the legislation will open windows of opportunities in the cannabis industry.

“Passing of HR 1595 will be the first step towards the federal Legalization of marijuana in the United States. There should be a tax system for interstate commercial transactions, and the SAFE Banking Act would the first step for that,”